San Diego Comic-Con is just a few short months away, so what better way to prepare than with a new installment of our live production look-back series? In 2016, Broadcast Management Group helped to produce the Impractical Jokers Live Q&A for

San Diego Comic-Con is just a few short months away, so what better way to prepare than with a new installment of our live production look-back series? In 2016, Broadcast Management Group helped to produce the Impractical Jokers Live Q&A for truTV at Dick’s Last Resort in downtown San Diego. Here’s a re-cap of what went down.

BMG was contracted by truTV’s digital team to produce a 30-minute live Q&A with the Impractical Jokers during San Diego Comic-Con in July of 2017. We had 1 day for setup, production and strike for the live segment. The program streamed live on Facebook and truTV.com and featured a live discussion with the 4 Jokers as well as some pre-produced video content. In addition to the live show, truTV asked us to shoot some behind-the-scenes coverage of their events at Dick’s Last Resort, where the Q&A was hosted, and at Petco Park, where the Jokers held an additional event 2-days after the Q&A. BMG then edited together a Comic-Con sizzle reel for the truTV marketing team.

We recently re-capped some of the biggest live production challenges we face when working at major events – like Comic-Con. They were all applicable for this project. As part of the fan experience, the truTV team built out an Impractical Jokers museum for fans to enjoy, which consisted of various exhibits and props from the show. Because the Q&A was just one element of the event, we had to work with – and around – the events team. We had to make sure our technical infrastructure and staging was largely setup before doors opened to the public. Our Q&A was scheduled for later in the day, but we had to work within a 10-hour day, which meant we had a compressed setup window. Cable runs were not long, but BMG was responsible for all of the staging, camera platforms, backdrops and in-venue monitors, which meant that we had a lot to coordinate and a lot to work through. And as with most live events, we had virtually no storage space to work with. Many of our road cases had to be hidden behind the stage or loaded back into our truck, which added to the setup time. You know the second you put something away is the second you need it. 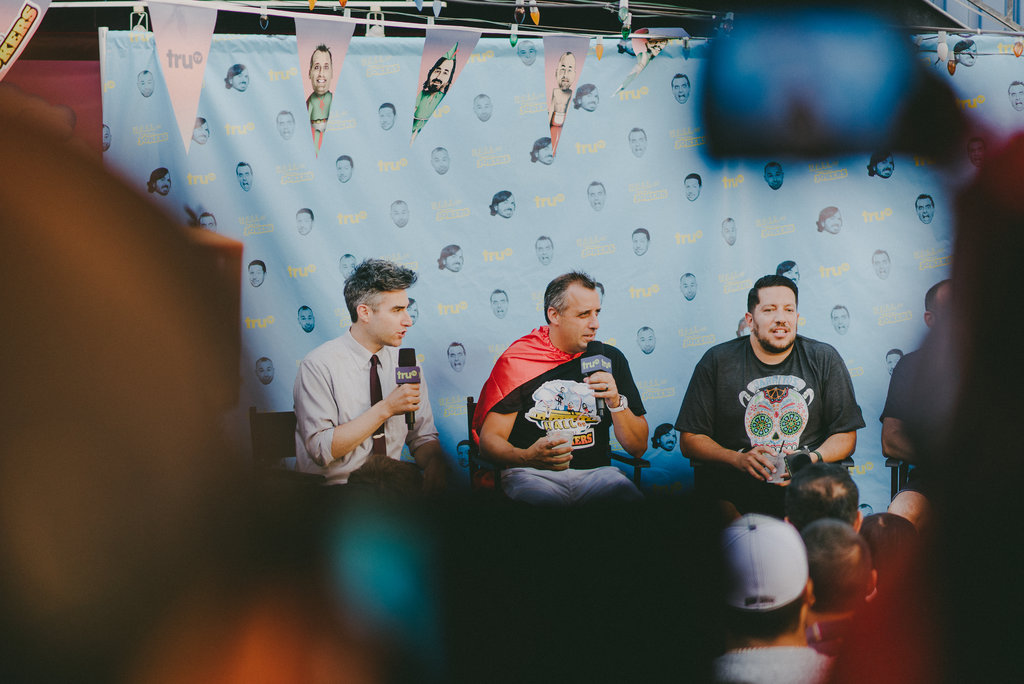 The truTV team is always great to work with and the Jokers are always able to fill a venue. They have a very loyal fan base, which always adds to the energy and excitement of the show. Comic-Con 2016 was no exception. The live Q&A was a big success and we’re looking for another fun event at Comic-Con 2017. Stay tuned.

Check out some of our other Live Production Look-Back installments, including our global town hall with Hillary Clinton and our re-cap of the 2014 CBGB Music Festival.