NorthSouth Productions, who produces the “Impractical Jokers” series, wanted to produce a live punishment special to commemorate the 100th episode of the series. Because NorthSouth did not have an expertise in live production, they contracted Broadcast Management Group to support the live special. There were many moving parts to the Impractical Jokers Live Punishment. Because this was a large-scale remote production, all production elements needed to be brought in – staging, lighting, audio, monitoring, etc.
Deliverables

Broadcast Management Group was contracted to provide live production services, technical management, and production staffing services for truTV’s “Impractical Jokers Live Punishment” special. NorthSouth Productions, who produces the “Impractical Jokers” series, wanted to produce a live punishment special to commemorate the 100th episode of the series. Because NorthSouth did not have an expertise in live production, they contracted Broadcast Management Group to support the live special.

There were many moving parts to the Impractical Jokers Live Punishment. Because this was a large-scale remote production, all production elements needed to be brought in – staging, lighting, audio, monitoring, etc. Broadcast Management Group partnered with iDEKO Productions, who provided all permitting, staging, rigging, and power for the overall event. Our live production team focused on all technical aspects of the live special, including engineering design, lighting design, technical equipment management, production staffing, transmission logistics, and overall live production support.

The Impractical Jokers Live Punishment special took place at the South Street Seaport in New York City. There were many different venues being considered for the live production, but due to the unique nature of the live special, only certain venues could accommodate everything we needed for the event. As part of the Live Punishment special, each of the four Jokers had to walk a tight rope 5-stories tall. Building a structure that tall required various ground support structures – and the taller the tight rope, the wider the base supports needed to be. This meant we needed a generous footprint in order to accommodate the tight rope structure, but also all of the other event and production elements. The South Street Seaport proved to have all of the space we needed for the live event.

All production crew for the Impractical Jokers Live Punishment were booked locally in New York. Broadcast Management Group’s CEO and EVP of Production filled the rolls of Executive in Charge of Production and Production Manager.

The Impractical Jokers Live Punishment special was shot with 14 cameras, including a cable camera, technojib, wireless handheld, robotic cameras, and POVs – in addition to our hard and handheld cameras on the main stage. All cameras ran back to our video village, which consisted of an A-Unit, B-Unit for truTV editorial staff, and redundant generator. All graphic elements and pre-produced video content were provided by truTV. We brought in several LED walls and monitors for the live audience, which received a sub-switch of our production switcher consisting of playback packages, still graphics, and online poll results. 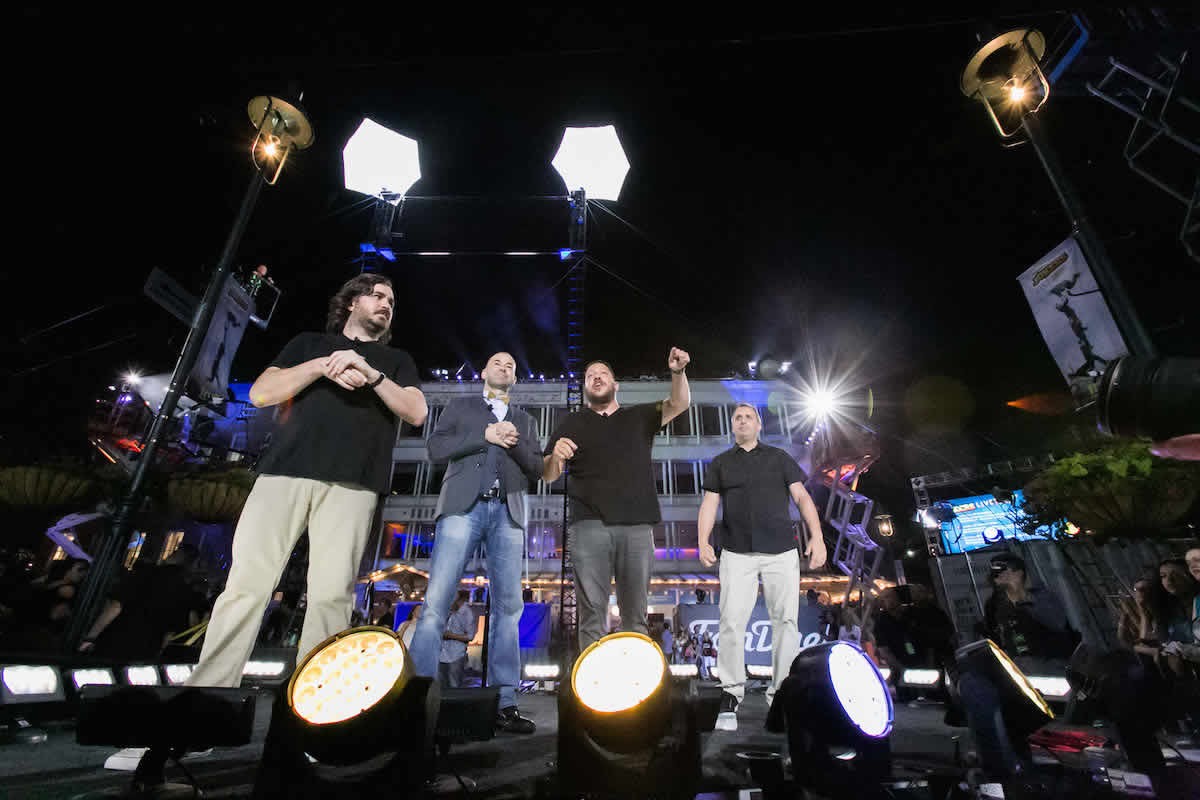 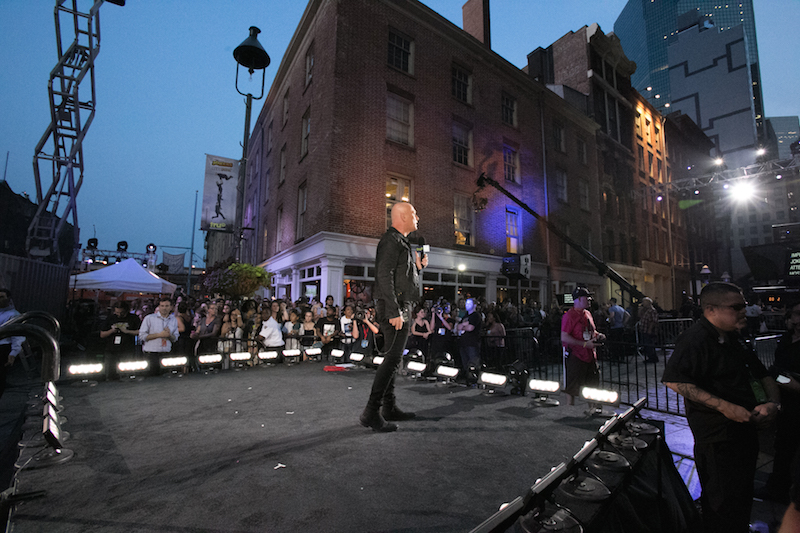 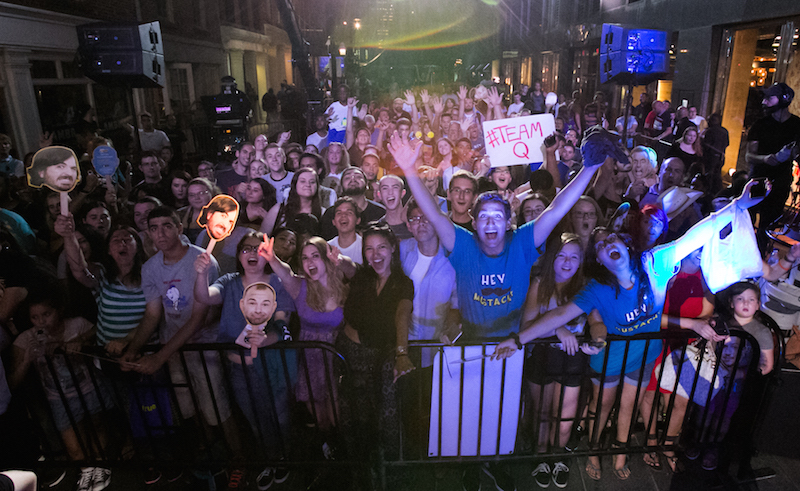 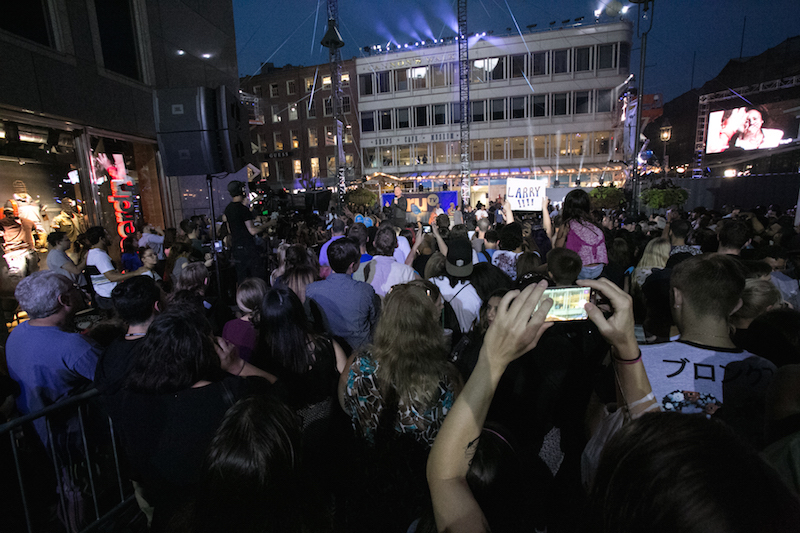 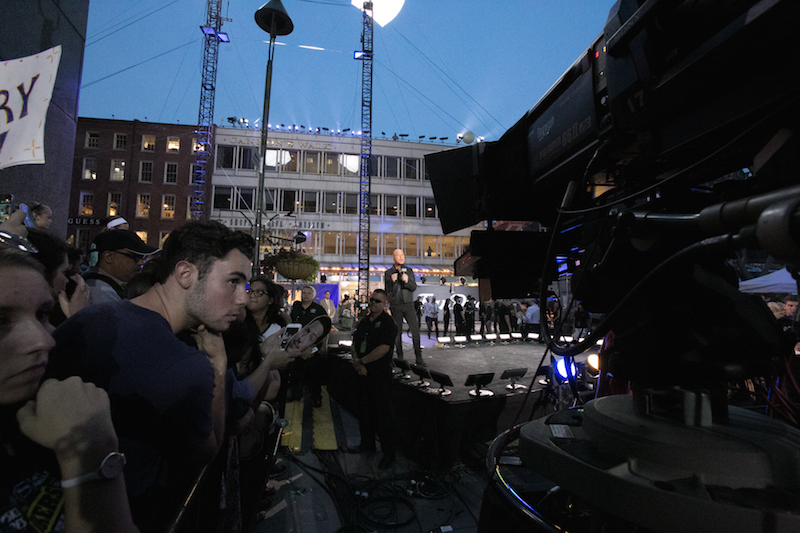 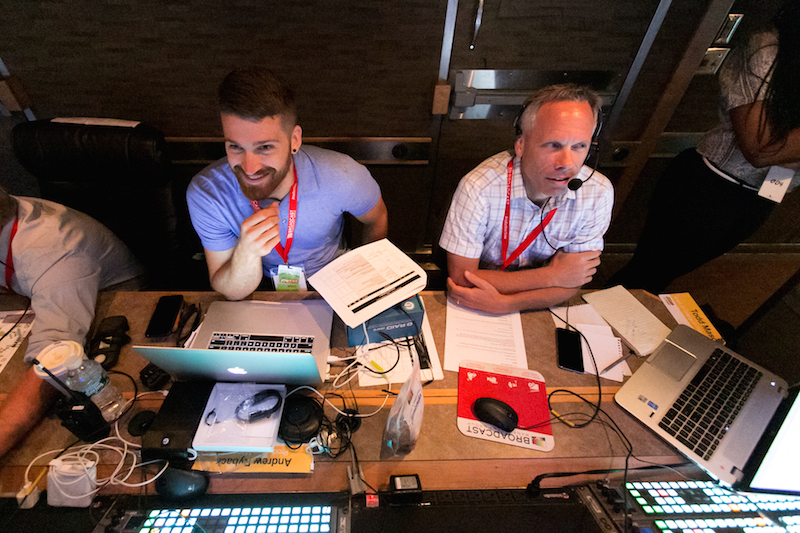 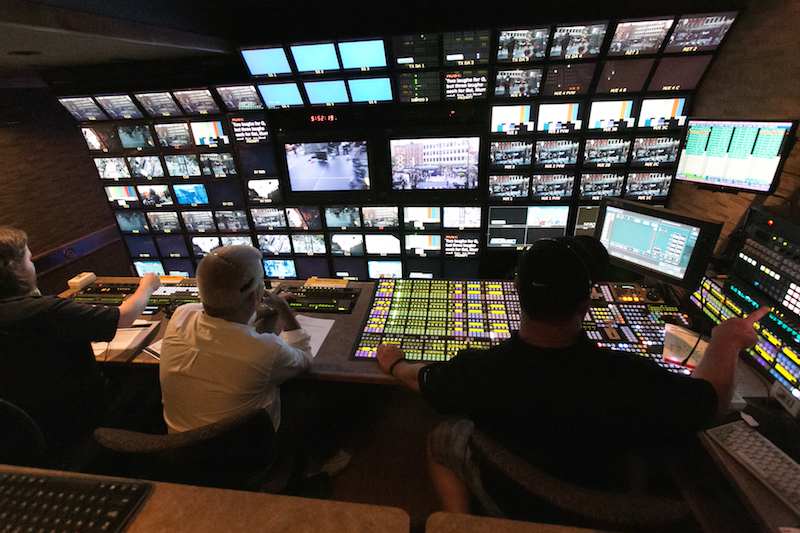 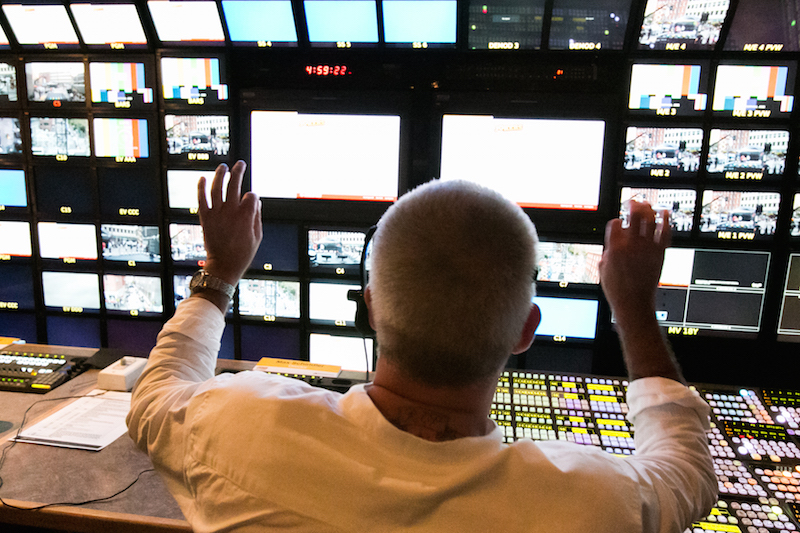 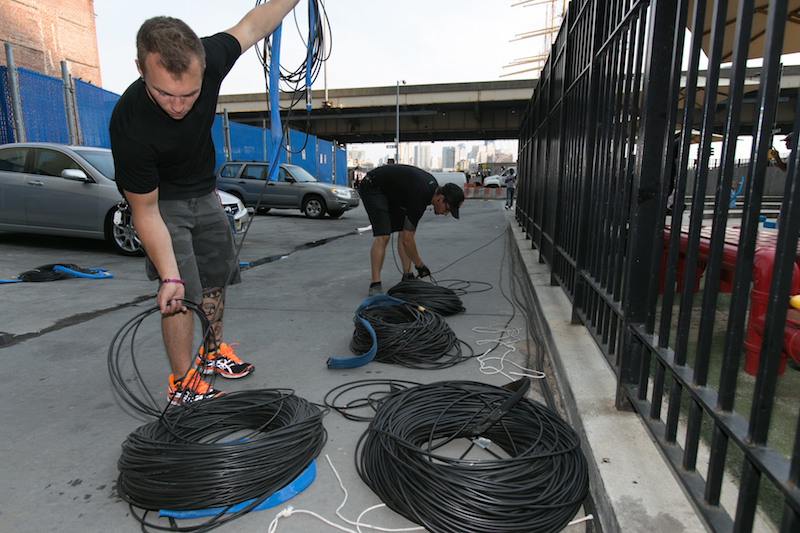 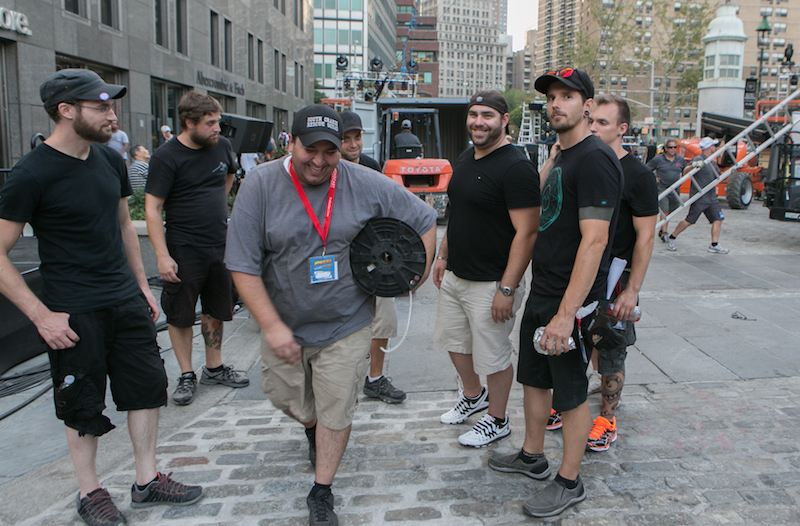 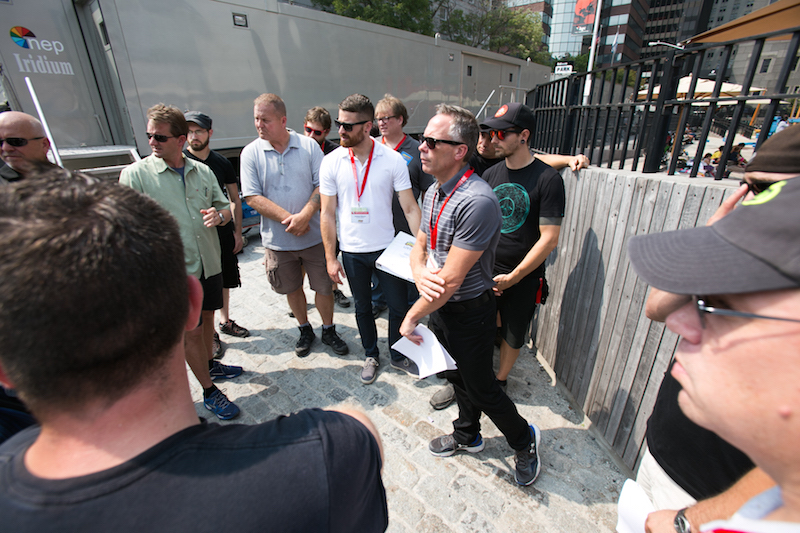 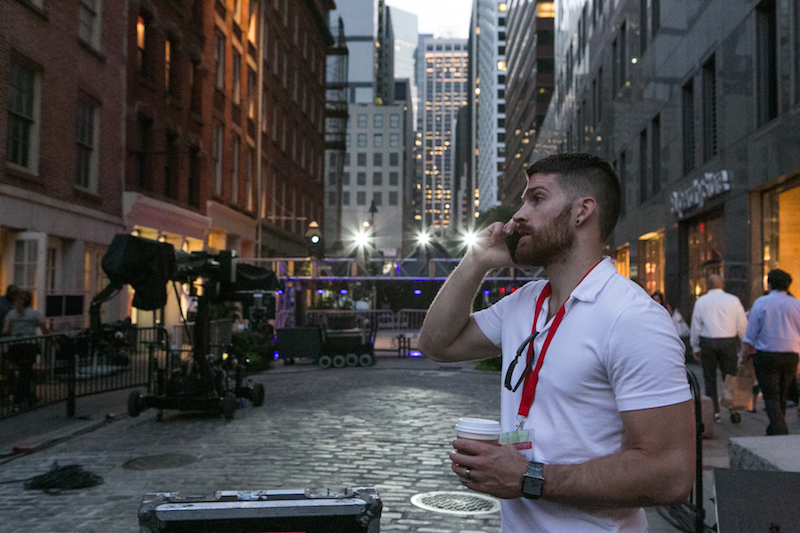