Dust off your storm trooper costume because San Diego Comic-Con is almost upon us.

Dust off your storm trooper costume because San Diego Comic-Con is almost upon us. To celebrate, we’re unveiling a new Comic-Con edition of our live production look-back series. In 2016, BMG produced a 90-minute live stream for IMDb in sunny San Diego – “IMDb @ San Diego Comic-Con Live”. Here’s a re-cap of what went down.

Broadcast Management Group was contracted by IMDb to help produce a 90-minute live stream which aired on Twitch and IMDb.com. “IMDb @ San Diego Comic-Con Live” was hosted by Kevin Smith and featured interviews with celebrities and actors. IMDb had planned to shoot pre-taped interview segments throughout the day which would be edited and posted to IMDb.com. They wanted to leverage their existing technical setup to produce some live programming, so they contacted us to help fill in the missing pieces. BMG worked with the existing equipment package and labor resources that were already in place and supplemented the necessary gear and labor to get their show live on the web. We also secured all necessary internet connectivity and managed all live transmissions and encoding. 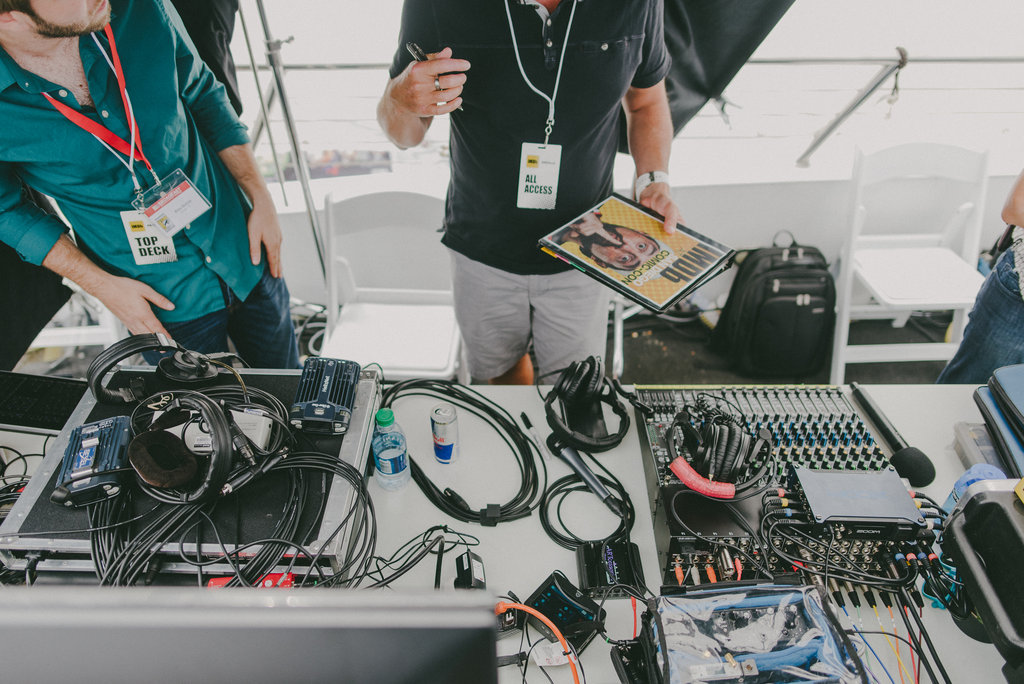 Did we mention that this show was produced from a yacht? Because it was. No, really. The tight physical parameters were certainly a big challenge for this production. We had to deal with incredibly narrow walkways and stairwells (lots of them) when loading in our gear. The yacht was also meticulously staged and many of the areas were setup as VIP lounges or audience seating, so we had virtually no storage space for cases and a minimal footprint for our control room. This meant that all our crates had to go back onto the truck once they were off loaded. Additionally, we had to coordinate adequate internet connectivity – during a high-demand period – and ensure we had adequate power available for all our production equipment. 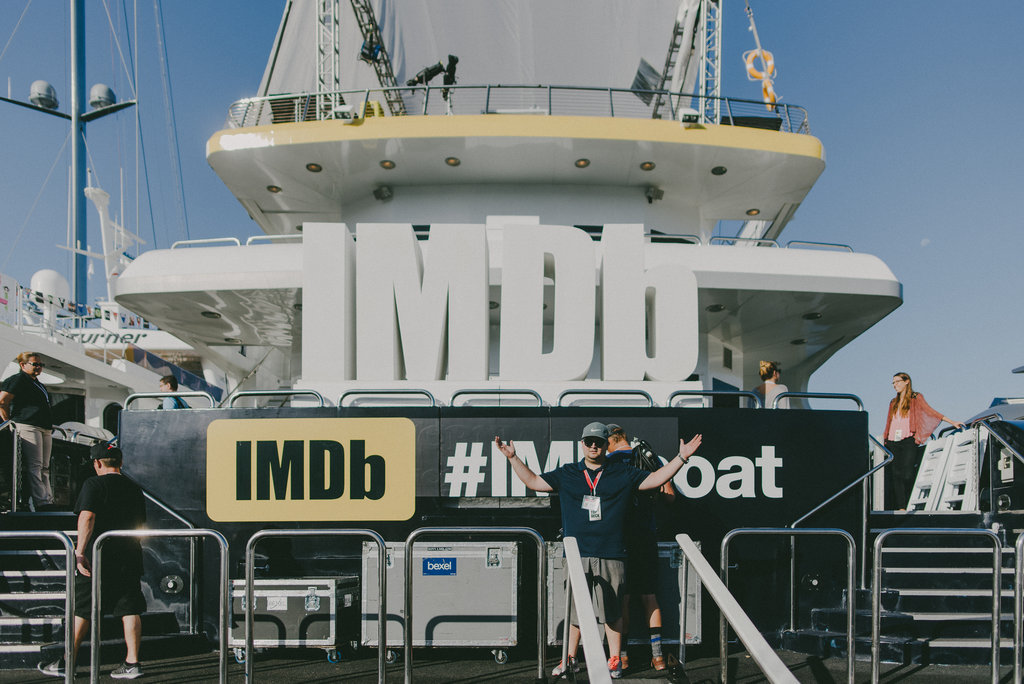 “IMDb @ San Diego Comic-Con Live” was a ton of fun and a big success for our client. They were able to pull together lots of pre-taped interviews for their website, as planned, and leverage their technical resources for additional live programming. And as an added bonus, BMG can now promote the fact that we’re “yacht compliant”. We’re looking for another fun live show on the high seas with IMDb this year. Stay tuned.

Check out some of our other Live Production Look-Back installments, including our live Q&A with truTV and the Impractical Jokers and our re-cap of the 2014 CBGB Music Festival.