Buzzfeed News was looking to produce a live special covering the outcome of the 2016 Presidential Election. They wanted to incorporate all the standard aspects of an election special, but with Buzzfeed flare. Never having produced any time of live content, Buzzfeed needed a production partner with live production experience to help them execute their vision. 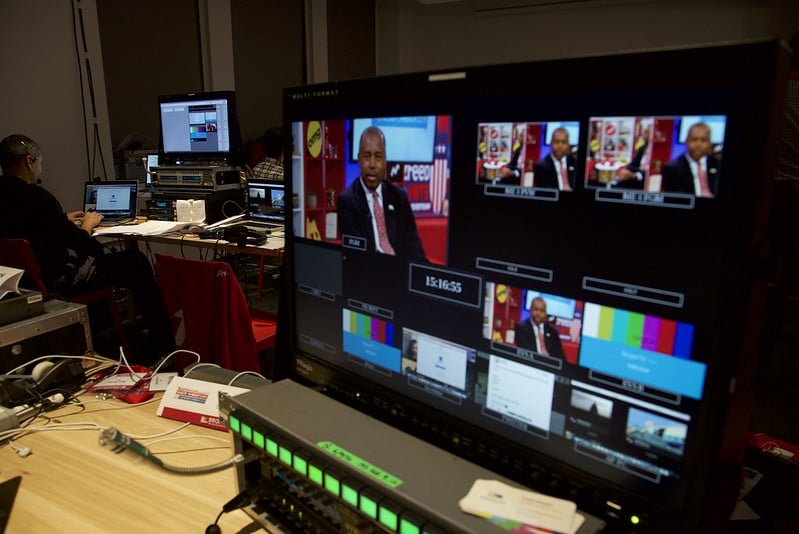 Buzzfeed contracted Broadcast Management Group’s live production team to provide technical management and execution of “We Did It, America!” – a 6-hour live stream airing exclusively on Twitter. Produced from the Buzzfeed HQ in New York City, BMG provided multi-cam production services, consulting, and execution of Buzzfeed’s inaugural election event. BMG worked closely with the Buzzfeed team to map out the core components of the program and develop a technical plan for executing their vision.

Having never produced a live program and having never partnered with Twitter, there were no existing metrics in which to benchmark success. Despite lacking a previous track record, “We Did It, America!” was (editorially) a success, drawing 6.7 million viewers and capping at 265,000 concurrent viewers. Broadcast Management Group was happy to have played a role in Buzzfeed’s first foray into live, multi-camera production.

Buzzfeed News engaged our live production team to provide technical management and consulting for a 6-hour special covering the 2016 Presidential election. Buzzfeed’s “We Did It, America!” incorporated all of the core components of an election special, but catered specifically to the Buzzfeed demographic. The program streamed live to Twitter, which in 2016, marked the very first partnership between the two media giants.

The special took place at the Buzzfeed headquarters in New York City. Having never produced live content previously, there was no existing production infrastructure available. With offices on the 8th, 9th, 10th, and 11th floors, bringing in a mobile unit was not feasible. Instead, BMG procured and installed a temporary flight pack spread among two conference rooms. The flight pack included all core components found in a mobile unit or studio: full production switcher, audio console, Chyron graphics system, EVS record and playback system, comms, and CCUs. The Buzzfeed offices did not have enough dedicated power to accommodate our technical setup. This required booking, permitting, and parking a dual generator on street level and obtaining landlord clearance to cable up the side of the building.

“We Did It, America!” was captured with 12 cameras, a complement consisting of three pedestal cameras, three wireless handhelds, and six POVs. The program consisted of live panel discussions with Buzzfeed political correspondents, 1-on-1 interviews, live polling and analysis, and remote correspondent check-ins. BMG engineered and integrated remote guests using Newtek’s Talkshow appliance. Buzzfeed correspondents were stations in Los Angeles, London, New York, and Missouri capturing reactions from the general public both nationally and internationally. As part of the technical execution, BMG was responsible for lighting design and front-of-house audio infrastructure to accommodate a small in-house audience. 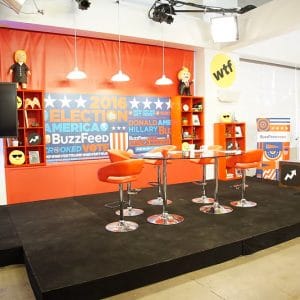 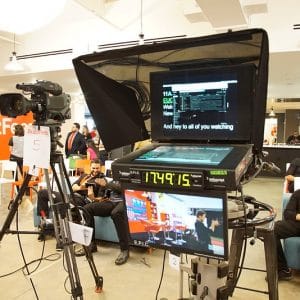 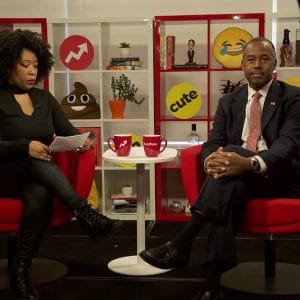 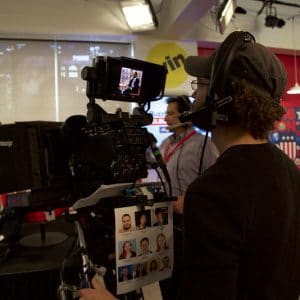 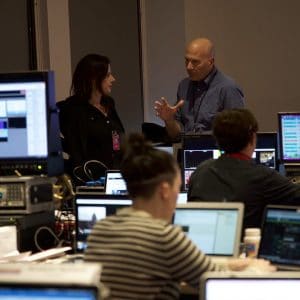 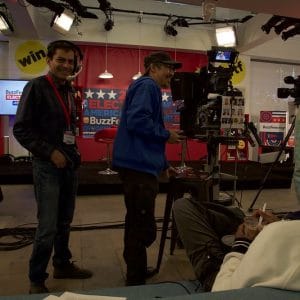 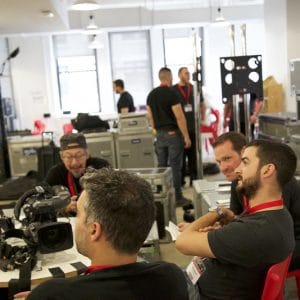 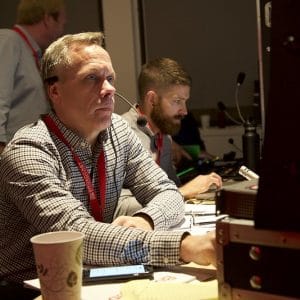 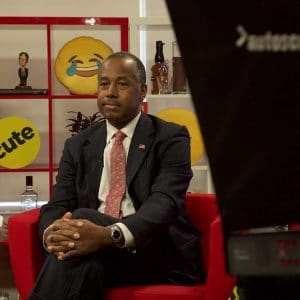 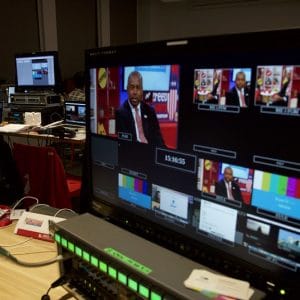 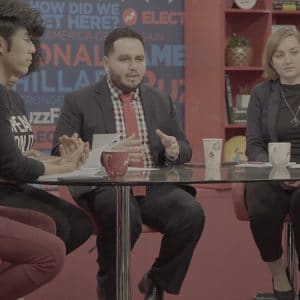