“IMDb Live After the Emmys”


IMDb’s live production and events division aimed to produce a live wrap-up show following the primetime Emmy Awards in Los Angeles, CA. Though IMDb creates a tremendous amount of video content, they lacked expertise in live, multi-camera production. Therefore, they needed a production partner who could provide technical guidance and oversight to help them turn their vision into a reality.

IMDb contracted Broadcast Management Group’s live production team to provide technical management and execution of “IMDb Live After the Emmy’s” – a 60-minute wrap-up show following the primetime Emmys. The BMG team engineered a solution that gave IMDb live coverage of the Winner’s Walk, Emmy’s red carpet, and Governor’s Ball. We worked closely with IMDb to determine their needs and objectives while coordinating with the Television Academy to ensure proper access and connectivity to all areas pertinent to IMDb’s live coverage.

The execution and management of “IMDb Live After the Emmy’s” required a tremendous amount of planning, coordination, and constant communication. One oversight could jeopardize the entire production. By working closely with the IMDb team and the Television Academy, BMG could design, coordinate, and execute a technical strategy that provided IMDb unprecedented coverage of the primetime Emmys.

IMDb engaged our live production team for three consecutive years to provide technical management for “IMDb Live After the Emmys.” The 60-minute program started immediately after the Emmy’s telecast and streamed live to Twitter, Twitch, and IMDb.com.

BMG was responsible for deploying technical resources in 4 core areas in and around the Staples Center, JW Marriott, and LA Live in downtown Los Angeles to fulfill IMDb’s creative vision.

IMDb procured a 15′ x 20′ footprint inside the JW Marriott for their Winner’s Walk set. After Emmy winners collected their awards, they would proceed to the Winner’s Walk to conduct interviews with press and media outlets. IMDb producers would then usher guests into their Winner’s Walk set, where they would conduct a brief interview. Due to space restrictions, BMG captured the Winner’s Walk set with four robotic cameras. All camera and audio feeds were sent back to our truck farm via fiber. Technical setup at the Winner’s Walk included teleprompters and program monitors where talent received either a program return or a feed of the Emmy’s telecast. BMG was also responsible for all set lighting and overall management of the set construction and load-in.

Before the primetime Emmy’s, IMDb conducted red carpet interviews with nominees as they arrived at the Staples Center. BMG transmitted the red carpet coverage to our truck farm via fiber, where we recorded the interview content. Interviews from the red carpet were clipped in EVS and pushed to a networked SAN server where IMDb’s on-site editors could grab clips. Red carpet interviews were then stitched into a sizzle and rolled in as a package during the live post-show.

After the primetime telecast, many Emmy winners attend the Governor’s Ball – the official Emmy’s after-party. IMDb secured exclusive access to the event, allowing BMG to set up two robotic cameras and a single camera stand-up position. IMDb positioned a correspondent inside the Governor’s Ball who provided live check-ins throughout the evening, giving at-home viewers exclusive access to one of the most high-profile parties of the year.

Video and audio feeds from all three locations were transmitted back to the truck farm, where BMG procured a 50′ expando and 50′ post-production truck. The truck farm served as our primary technical compound for the execution of the program. BMG’s position at the truck farm housed our technical crew plus IMDb’s editorial and producing staff – a total team of around 75 people. From the truck farm, the program was switched, mixed, and streamed live. BMG engineered interconnectivity between the two mobile units which allowed for continual pushing and pulling of content between EVS and IMDb’s on-site editing team. 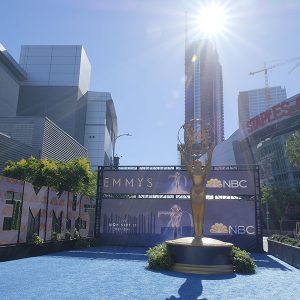 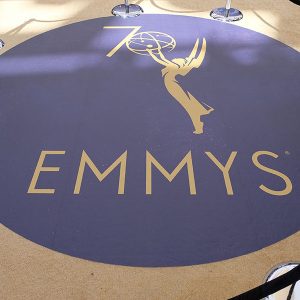 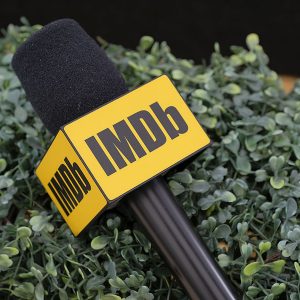 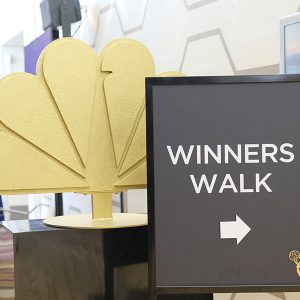 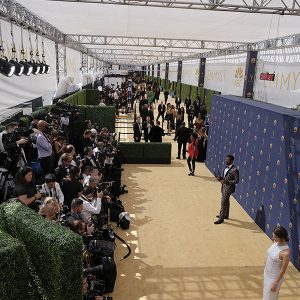 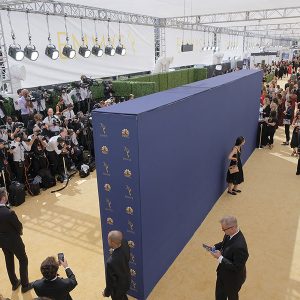 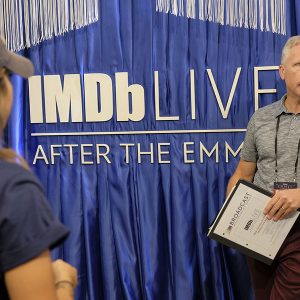 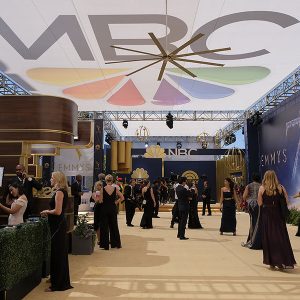 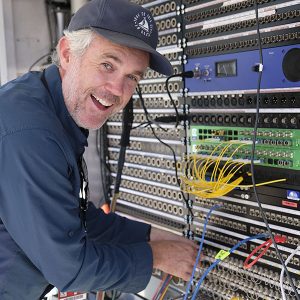 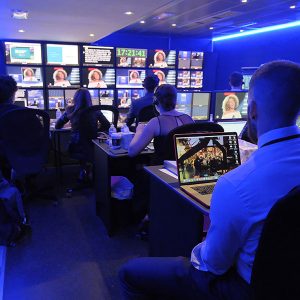 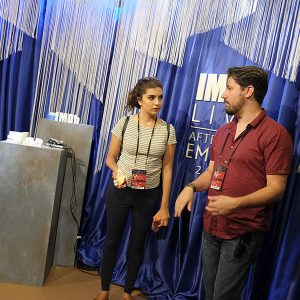 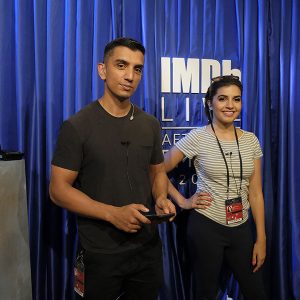 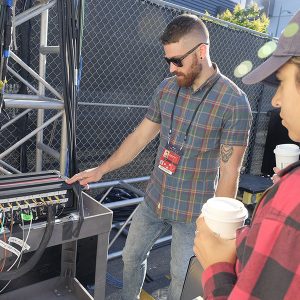 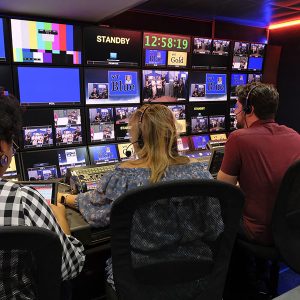 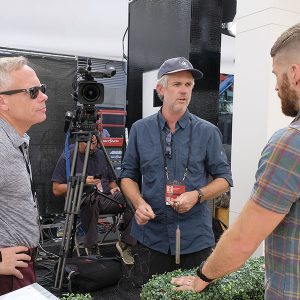