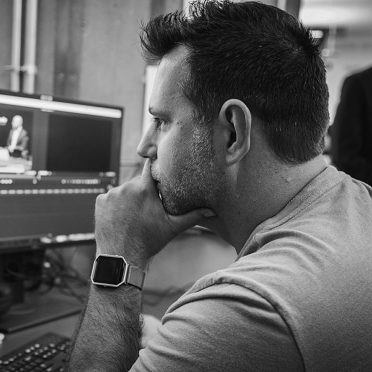 Dave Pitcher attended Columbia College Chicago while he worked both a full-time job for a cable company and a part-time job as a studio crew member at Chicagoland TV. Read Bio

Dave Pitcher attended Columbia College Chicago while he worked both a full-time job for a cable company and a part-time job as a studio crew member at Chicagoland TV. After graduating,  he helped launch Comcast Sportsnet Chicago in 2004.

After a few years, he worked his way up the ladder to a promo editor at Sportsnet Chicago. There he created custom graphics and edited commercial content for the station and professional sports broadcasts. In 2012, he left to help launch Total College Sports, an over-the-top digital sports network.  In this position he worked on a wide variety of sports-related video on demand content, including a college football postgame show that aired weekly on Hulu.

He then transitioned to 120 Sports and became the managing editor and supervising graphic artist to a team of 15 video editors and 2 graphic designers. A downsizing of that company prompted him to work as a freelance graphic designed for Broadcast Management Group.  Dave is now the production supervisor for BMG assigned to the TD Ameritrade Network.

Outside of Television, Dave loves spending time with wife and two young daughters. He’s an avid sports fan and is usually always outside.