The Most Creative TV Hashtags 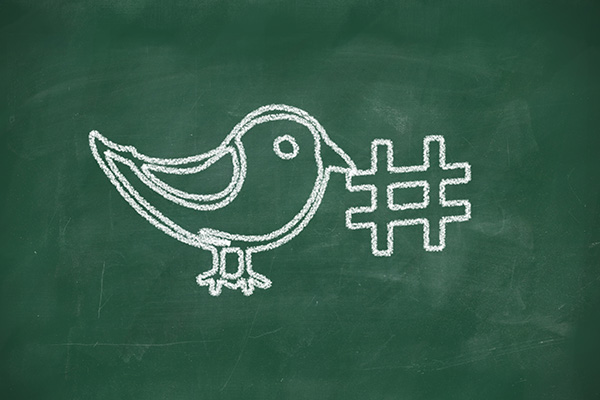 Networks have gotten good at taking advantage of the growing population of “second-screeners” by using unique hashtags. Now it’s pretty commonplace to see a hashtag in the corner of your screen during almost all television programming. There are some shows, though, that take TV hashtags to the next level.

Awards shows, The Super Bowl, and other live TV events consistently rake in the most online participation. I mean, we all remember the famous Ellen DeGeneres Oscars #selfie that (temporarily) broke Twitter, don’t we? And last week, The Scripps National Spelling Bee had the highest Nielson Twitter TV Rating. These types of live programs probably have the most hashtag participation because they have the most live viewers. Series, however, are much more likely to be DVR’d or streamed later which results in much less online engagement.

In addition to his #LNJF hashtag, Fallon has dedicated an entire segment on his talk show to hashtags. Fallon asks fans to tweet about a specific hashtag, and then he reads his favorites on air. And of course-it’s hilarious. If you want to see a good one, “#MisheardLyrics” is definitely worth a watch.

‘Glee’ tends to engage its viewers by using multiple different TV hashtags throughout one episode. Fox even keeps viewers participating during commercial breaks by displaying a teaser hashtag between ads. In an episode that aired in 2012, three hashtags appeared throughout: #SaturdaynightGLEEver, #DiscoInferno, and #boogieshoes. Each of these only appeared on the screen for about 20 seconds each, but each generated quite a buzz on Twitter.

NBC’s hit singing competition, ‘The Voice’, consistently ignites a ton of Twitter conversation during airings. ‘The Voice’ uses it’s celebrity judges to help engage Twitter users and even involve fans in the outcome of the show. Fans can tweet “#VoiceSave” during the live elimination episodes to save a favorite contestant. Fans are also encouraged to tweet about their favorite teams by using “#TeamAdam” or “#TeamCeeLo”. Many times, ‘The Voice’ celebrity judges will be actively tweeting to each other and fans during commercial breaks. Viewers love joining in on the judges’ catfights. Once, Blake Shelton even tweeted Adam Levine’s phone number during a live show, and of course, fans went crazy on Twitter. Later, NBC revealed that it was actually a rehearsed stunt. NBC has also arranged other Twitter stunts during live shows, like when the pair switched Twitter accounts for a night. Combined, Blake Shelton and Adam Levine have over 10 million followers. NBC knows how to use that to their advantage.

These programs show a few of the different ways to engage viewers during TV programming. I’m sure we’ll see these methods evolve and expand, though. Social media integration has become vital to the success of a show, and I wouldn’t expect to see those hashtags at the bottom of your television screens disappearing any time soon.

Creative Services Entertainment
You May Also Like
Start Discussion