Live on the Line


Broadcast Management Group was contracted to provide live production services for two on-location specials for Watch Stadium’s “Live on the Line” series. The first remote series included five 1-hour daily live shows centered around March Madness and hosted from the Sports Book at the MGM Grand in Las Vegas. The second series, which again included 5-days of programming, focused on the NFL Draft and was hosted at the MGM Grand Pool.

BMG built a video village inside the Sportsbook at MGM Grand featuring a wireless Steadicam and three robo cams for the first series. From the Sports Book, our on-site engineering team transmitted all camera and audio feeds to BMG’s Broadcast Operations Center, where the show was switched and streamed live to air. Watch Stadium’s staff operator in Chicago managed all graphics insertion by remotely accessing BMG’s Xpression system in Las Vegas. The show’s producer and director were both on-site in Las Vegas.

“Live on the Line” returned to Las Vegas in April 2022 for their NFL Draft coverage. Watch Stadium’s Draft coverage included one Steadicam and one jib. BMG utilized a similar technical plan, but this time deployed a REMI Mobile Unit to the MGM Pool. Watch Stadium again handled graphics insertion remotely from Chicago.

BMG provided Watch Stadium the ability to broadcast their “Live on the Line” series live from Las Vegas while maintaining the same production value and elements as their regular daily show. Our technical and production management teams were able to help Watch Stadium meet all of its creative and technical objectives. And by leveraging our centralized technology and decentralized staffing approach to REMI productions, Watch Stadium was able to save travel costs by keeping its graphics operator remote. 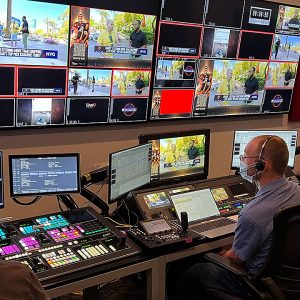 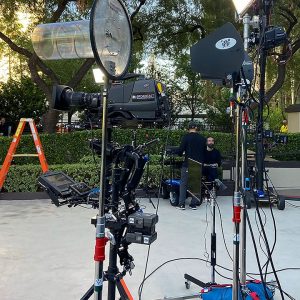 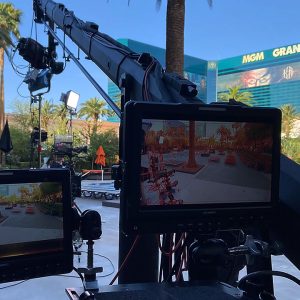 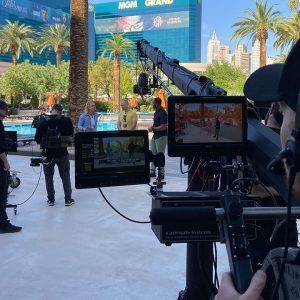 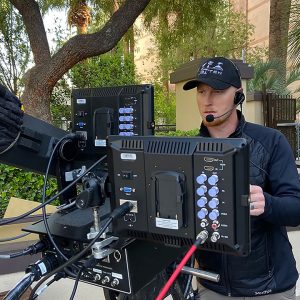 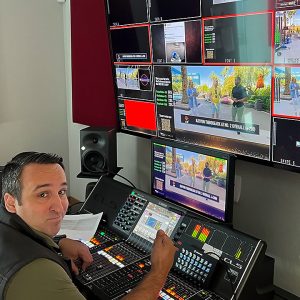 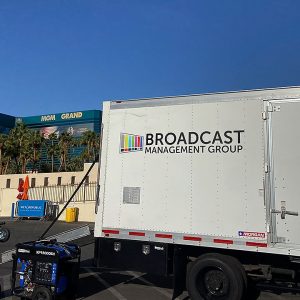 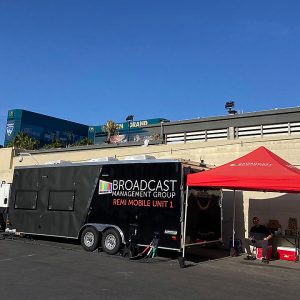 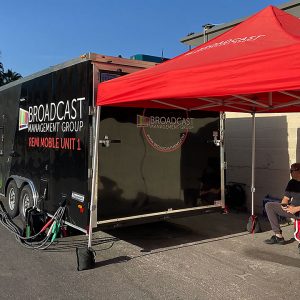 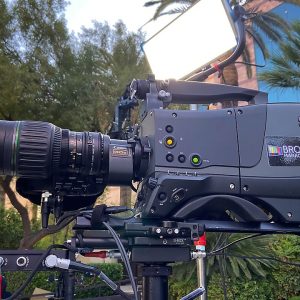 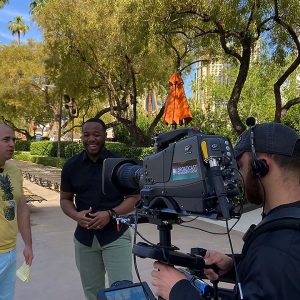