After successfully executing a live season finale the previous year, truTV returned to the drawing board for the season 5 conclusion of “Impractical Jokers.” They wanted to build on the success of their last broadcast and create a live finale that was bigger and more exciting. They needed help from a trusted production partner who understood the Impractical Jokers program and could execute a complex production within a tight delivery window. 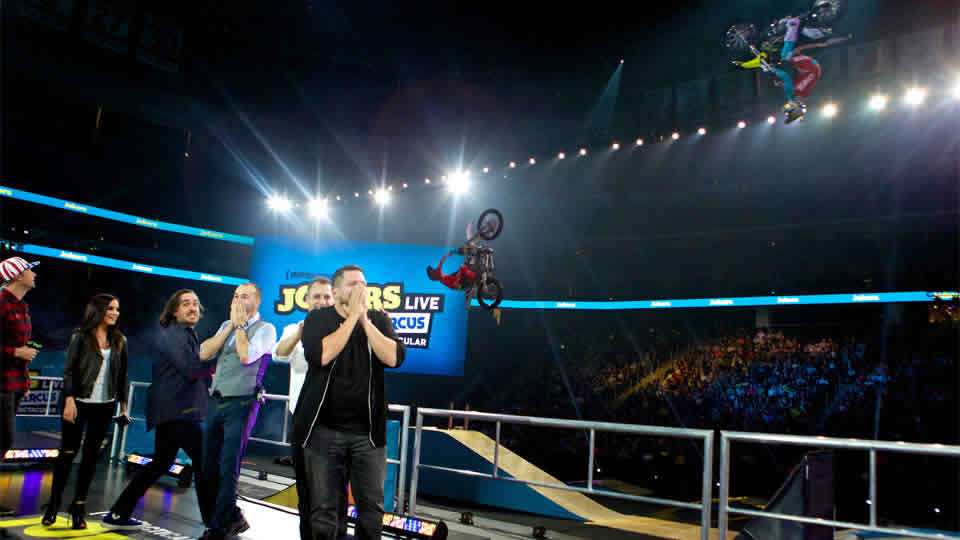 The planning and execution of Impractical Jokers Live was a heavy lift. There were many different parties involved, all with competing needs for resources and a very optimistic timeline for installation. Despite the production challenges, BMG rose to the occasion and helped truTV execute another successful live event. The season 5 finale drew 1.2 million viewers, making it truTV’s most-watched broadcast of the year.

TruTV engaged our live production team to provide technical management and logistical support for a 2-hour live season finale for the “Impractical Jokers” series. For their season 5 finale, truTV partnered with Nitro Circus, the world’s leading youth action sports and entertainment brand. Sticking with the episodic format, each of the 4 Jokers had to race through an obstacle course designed by the Nitro Circus team, with the loser subjected to a live “punishment.”

BMG captured the program with 21 cameras, a complement consisting of six hard cameras, one techno jib, one handheld, one Steadicam, four robotic cameras, four wired POVs, and four wireless POVs. Our team worked closely with Nitro Circus to map out the elements of their obstacle course and with truTV to plan the live punishment. Once we had a clear understanding of the different elements, we worked with the director to determine the camera compliment and placement. BMG then engineered and designed a complete technical solution, including integrating wireless POV cameras and mics mounted on the Nitro Circus motocross bikes and riders. To accommodate the complexities of the program, BMG brought in two mobile units to execute the live production: a 50′ expando and a 50′ b-unit.

In addition to the execution of the live broadcast, BMG oversaw and managed the load-in, installation, and support labor for all parties involved in the finale. This included the Nitro Circus team, their ramps and bikes, pyrotechnics, lighting and rigging instruments, a giant cake (yes, we’re serious), 50’ LED wall, and a pulley and rigging system for “flying” a Jokers from one end of the arena to the other. In totality, there were 17 semi-trailers of equipment loaded into the venue. This required weeks of careful planning, detailed scheduling, and countless production calls among all parties to confirm that everyone’s needs were being met and accounted for. An aggressive timeline added to the challenge: BMG was allotted one day for load-in and installation due to prior bookings at the Prudential Center.

On top of the live broadcast, BMG worked with the truTV.com digital team to produce a live pre-show, exclusive web cut, and live post-show, which streamed concurrently on five different digital platforms. To accommodate the .com program, BMG deployed a separate audio console, graphics system, switcher, on-site encoder, and technical crew. The director for the web show had access to all 21 cameras from the live broadcast.

I wanted to take a moment to thank you very much for all your help with the live ‘Impractical Jokers’ digital shows.

In facilitating the relationship between the truTV digital group, Livestream, and BMG, you and your team were extremely helpful in ensuring that things went smoothly. In every call, meeting, and email, I learned a great deal from you and the other folks at BMG – I can’t imagine a smarter, more experienced, and nicer group to work with. And there’s nothing I’d love more than the chance to work together again. 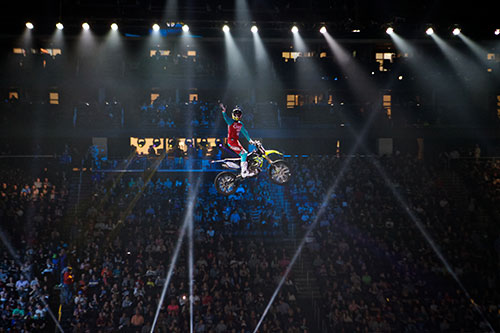 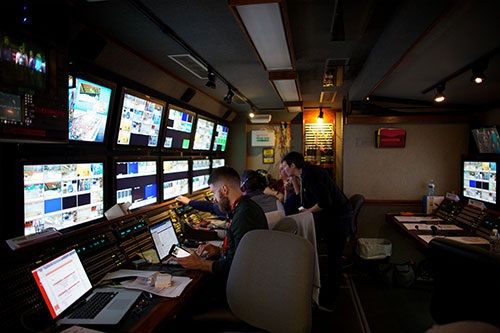 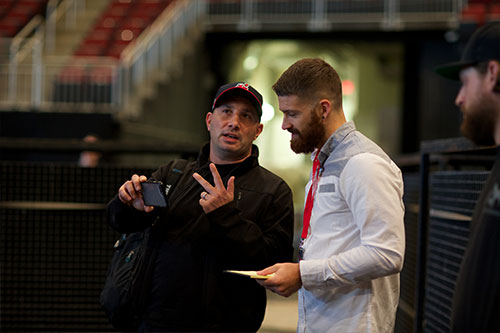 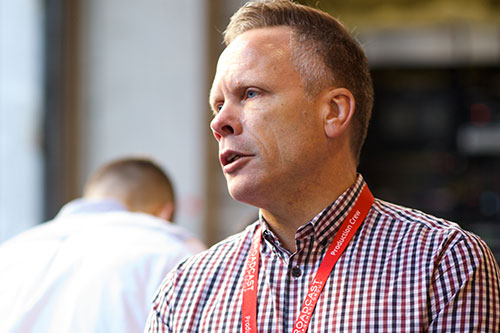 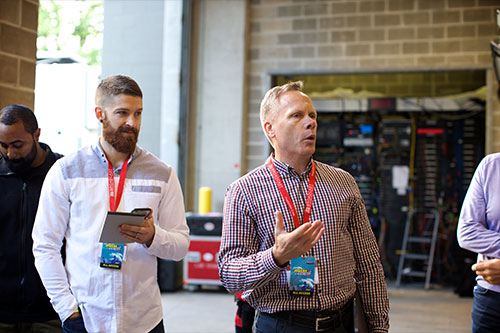 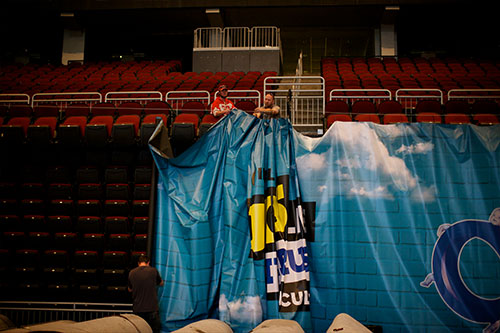 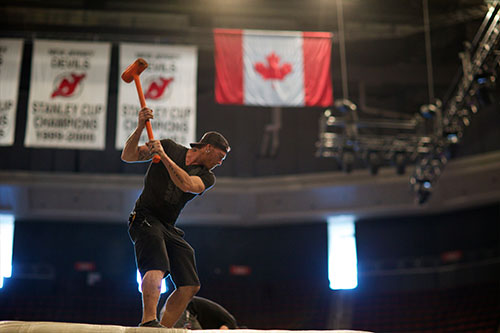 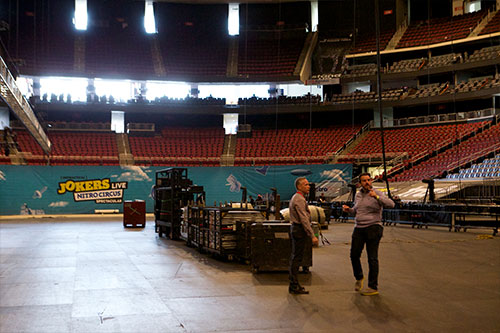 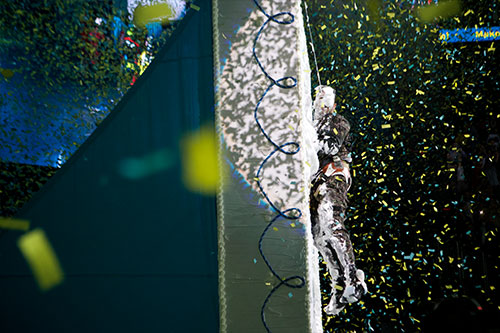 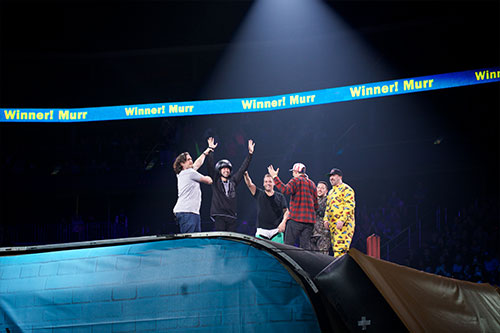 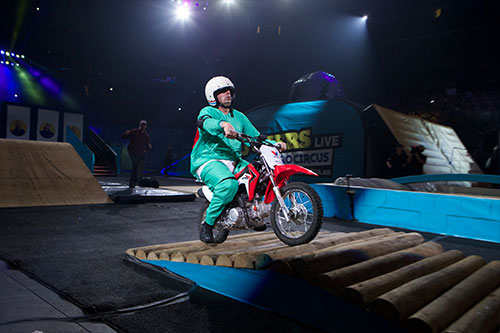 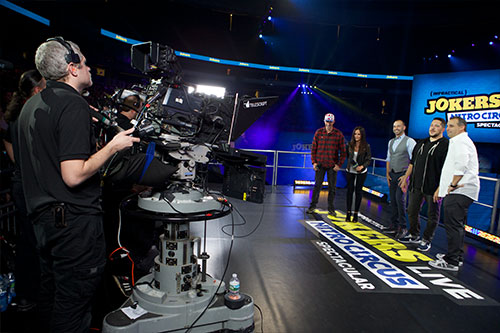 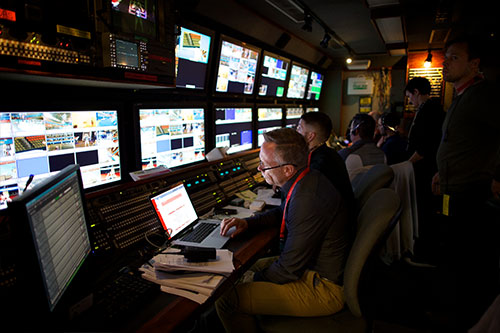 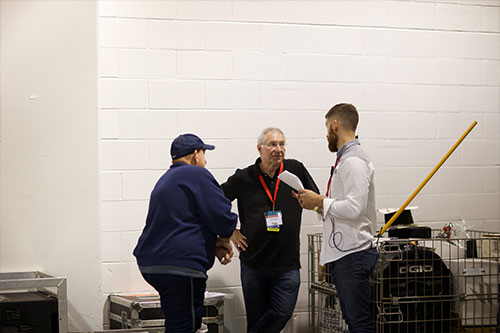 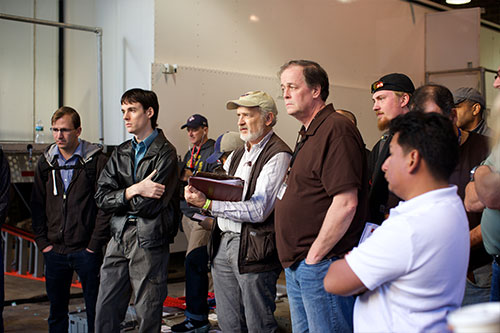 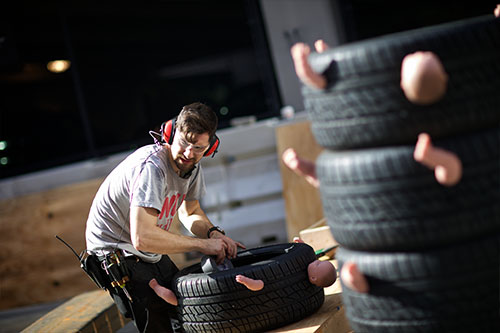 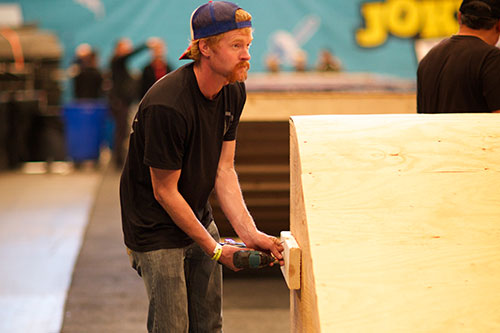 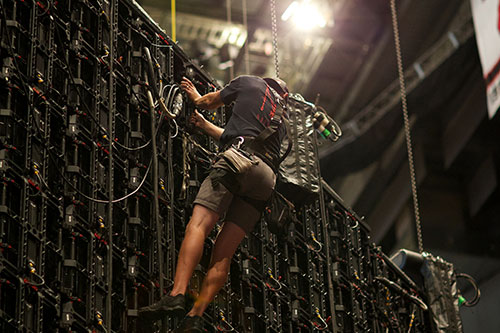 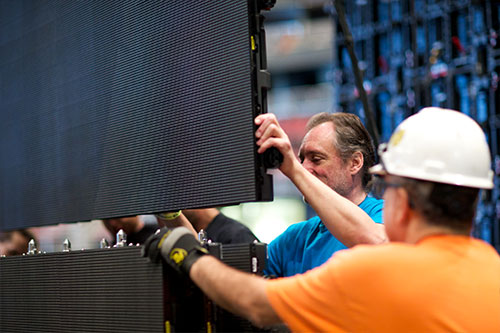 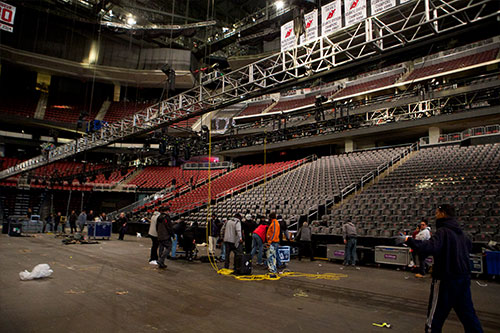 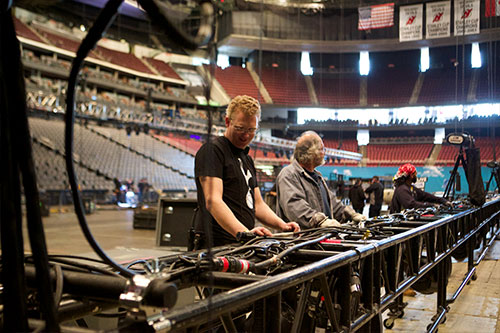 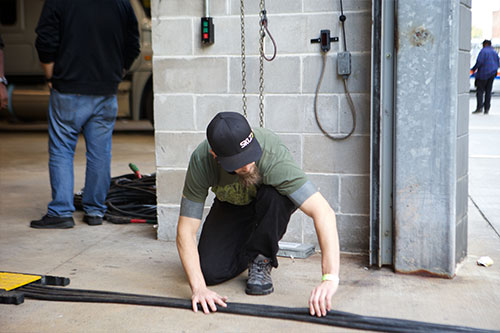 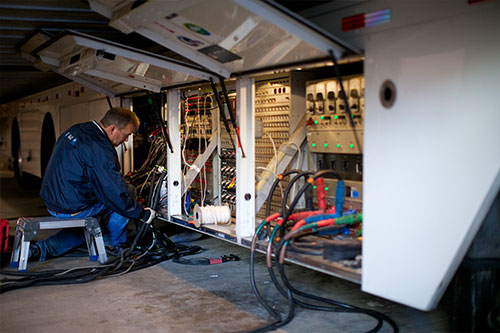