What are some of your responsibilities at Broadcast Management Group? 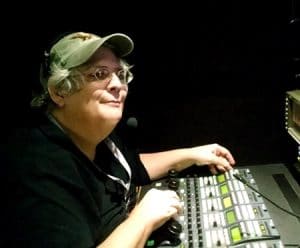 As the VP of Engineering, I manage and oversee Broadcast Management Group’s system integration division. That includes engineering and designing production facilities, mobile units and flight packs, creating AutoCAD drawings and system documentation, and overseeing and managing all of the system installation.

What are some of the most challenging aspects of your job?

The biggest challenge is finding the right talent for our various system integration projects. It’s a very specific skill set.

What type of projects fall under your jurisdiction at BMG?

Anything to do with designing and installing production facilities.

What projects are you actively working on?

The system integration team has been busy lately. We’re in the middle of a system integration project for a long-term client in Chicago. We’re building out a new facility for a new client just outside Washington, DC. And we have ongoing engagements for two facilities in the Las Vegas market.

How did you first get into production?

I was a production intern at a local TV station in San Jose, CA. I helped them move the station to a new location. Their Chief Engineer was impressed with my work ethic and moved me into the engineering division. I got hired as a full-time employee on my 18th birthday. I was the youngest engineer they ever hired.

Over the course of your career – before or during your tenure with BMG – what has been your favorite project?

There has been a lot of them – it’s very hard to pick a favorite. Probably designing and building a truck for the National Park Service for the Lewis and Clark Bicentennial, then going on the road for 4 years to operate the system.

What’s one production trend (or technological advancement) are you most excited about?

I’m very excited about video over IP with 4K and 8K signals, along with OTT technology.

Favorite TV series – past or present?

That’s another tough question. I don’t watch much TV, but I would say these days it’s The Goldbergs.

What’s one thing people would be surprised to learn about you?

I collect postage stamps from around the world that have anything to do with television or broadcasting.