Consulting on how to live link Elton John’s Farewell Concert Tour in Nebraska with the Elton John AIDS Foundation party in Hollywood, CA. Broadcast Management Group also provided the entire engineering team and technology necessary to leverage the video existing infrastructure with the concert tour and at the Hollywood Oscars Party. In addition, BMG provided the director to direct this event.

Broadcast Management Group was contracted by The Elton John AIDS Foundation to produce a 12-to-15-minute live segment between Elton John, live from his concert of 15,000 people in Lincoln, Nebraska on Oscars night with the 900 people attending his Oscars party in Hollywood, California.  The exclusive Elton John AIDS Foundation Oscar Party is the hottest ticket in Hollywood on Oscars night and is attended by 900 invited Hollywood elites, which this year raised 8.6M.

This was the 30th year of the Elton John AIDS Foundation Oscars party and the first that Elton could not attend due to the conflict with this global farewell tour. As a result, it was particularly important to be able to bring these two events together.    BMG sent 8 of his concert video cameras into the production switcher in Los Angeles via VIOP.  We sent the program, plus 3 cameras from LA, into the switcher in Nebraska, and linked comms.  BMG sent program audio from LA to Nebraska and took program audio from Nebraska to Los Angeles.

One of the biggest challenges of this project was tracking the Oscars live telecast with Elton’s live concert targeting the end of the Oscars telecast and the end of the concerts first of 3 encore songs to happen concurrently. An additional factor was the Nebraska concert was a load-in day, show, and strike day which prevented any opportunity for a rehearsal. Like all live shows, you have one shot, and it must be perfect, and this all came together beyond our clients’ expectations. 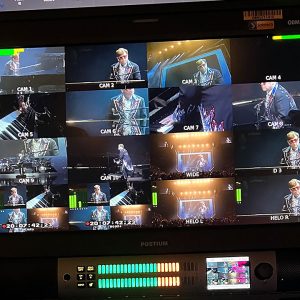 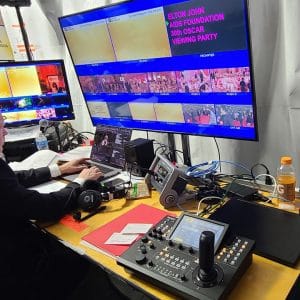 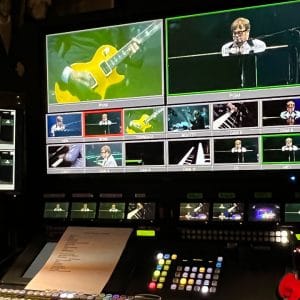 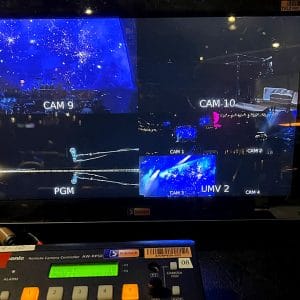 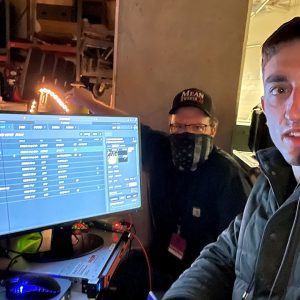 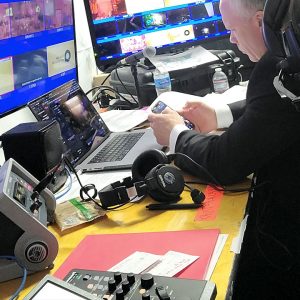 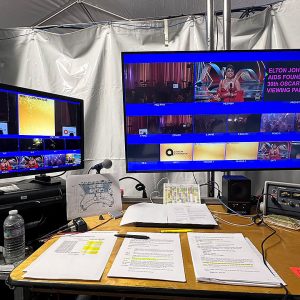 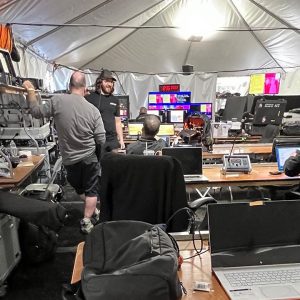