Each production day consisted of interviews with suppliers and fashion designers as well as (4) 15-minute fashion shows per day. In addition to the run-of-show management, our creative services team created animated graphics and transitions for the program. All content was recorded on-location, then handed off to a team of local editors.
Deliverables

Leading up to the live production, Broadcast Management Group was responsible for creating the full rundown for Alibaba’s MAGIC Show programming, which included 3 days of event coverage. Each production day consisted of interviews with suppliers and fashion designers as well as (4) 15-minute fashion shows per day. In addition to the run-of-show management, our creative services team created animated graphics and transitions for the program. All content was recorded on-location, then handed off to a team of local editors. Each editor would trim down and finalize the packages, then hand the content over to Alibaba who uploaded the completed segments to the Alibaba website. Our on-site editing team created two versions of each package: a 1-minute version, and a 15-minute version. Broadcast Management Group produced a total of 37 packages over the 3 days, plus 4 fashion shows per day.

Alibaba’s MAGIC Show coverage took place at the Las Vegas Convention Center. Working at convention centers is often challenging as they are typically very crowded live production environments. The biggest challenge with the Alibaba project was dealing with freight and deliveries. All incoming shipments had to be scheduled and coordinated directly with the LVCC. Once a shipment was received, LVCC personnel were the only people with authorization to bring equipment to the appropriate booth space. This meant that all equipment deliveries had to arrive on a specific date, within a specific time window.

At Alibaba’s main set, Broadcast Management Group brought in our Tricaster TC1 flight pack and Behringer audio console as well as 3-cameras to cover the fashion shows and supplier interviews. All fashion shows were cut as a 3-camera switch to make editing a faster process. Segments outside of the Alibaba booth were shot with a single camera ENG package. Footage from the ENG shoots was then transferred to our on-site editing team. 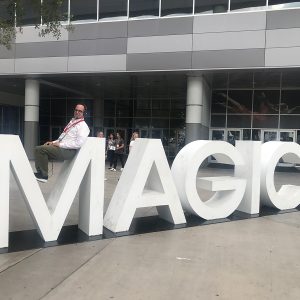 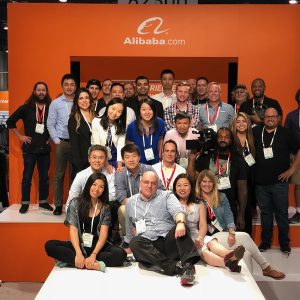 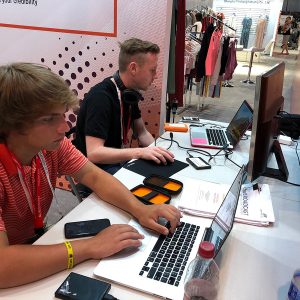 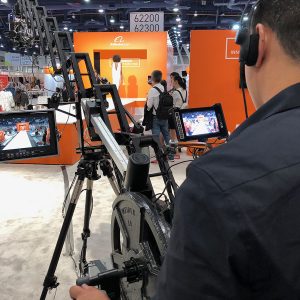 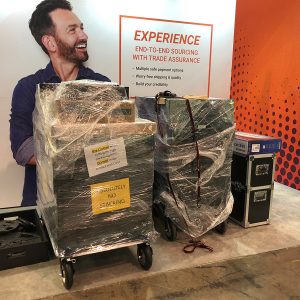 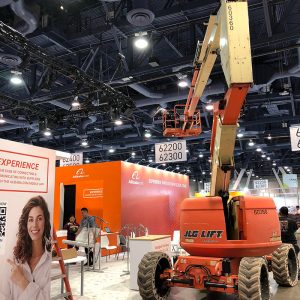 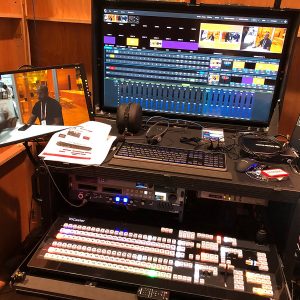 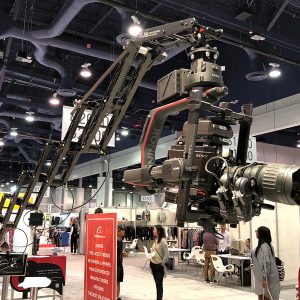 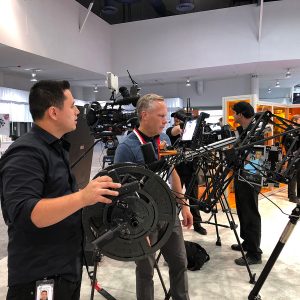 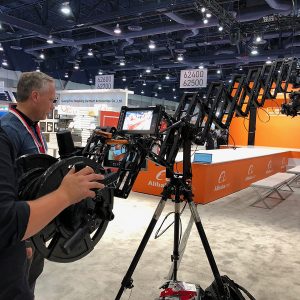 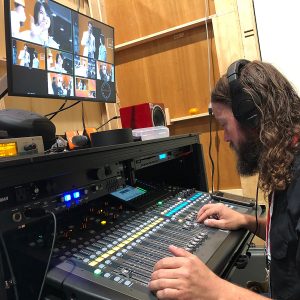 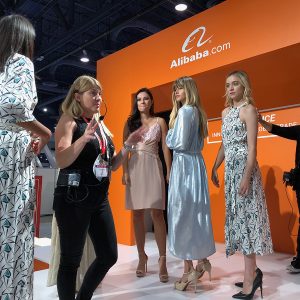 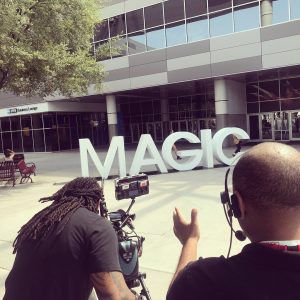 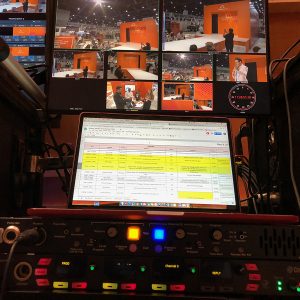 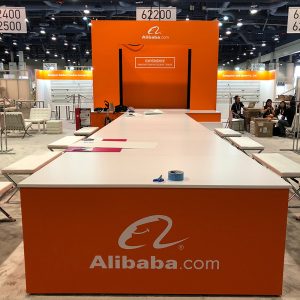 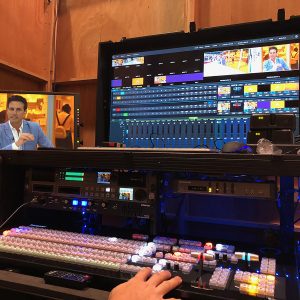 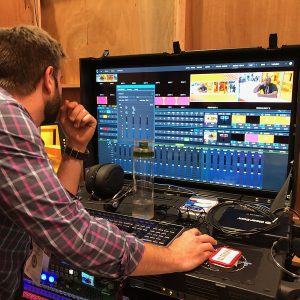 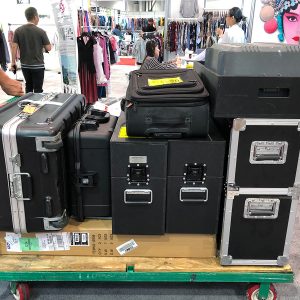 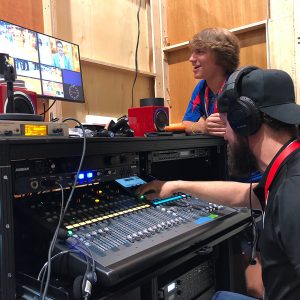