This meant that all program hosts and guests needed the ability to transmit directly from their homes. At-home talent kits were sent to the show host, Claudia Eller, and guests, including Janelle Monáe, Cate Blanchett, and Patti Lupone. Each REMI package included a camera, microphone, IFB, monitor with program return monitor, and lighting kit. Feeds were sent back via IP using LiveU Smart and existing internet connections at each talent location.
Deliverables

Our live production division was contracted by A&E to provide technical execution of a live-to-tape Lifetime special, titled “Power of Women.” The production was engineered using a REMI workflow due to social distancing requirements in response to the COVID-19 pandemic. This meant that all program hosts and guests needed the ability to transmit directly from their homes.

Broadcast Management Group deployed one of our custom flight packs at our Las Vegas office, which served as the project’s technical backbone. All remotes were brought back to our Las Vegas control room where the show was switched, the audio was mixed, and all content was recorded. The producers and director received a multiview return feed while the host received the feed of the guest, and the guest received a return feed of the host.

Each completed segment was delivered to A&E, who then edited the completed special. 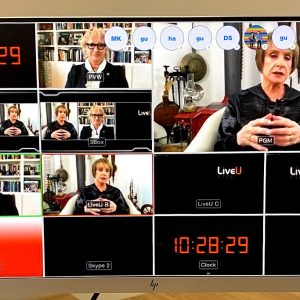 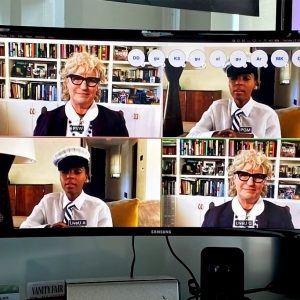