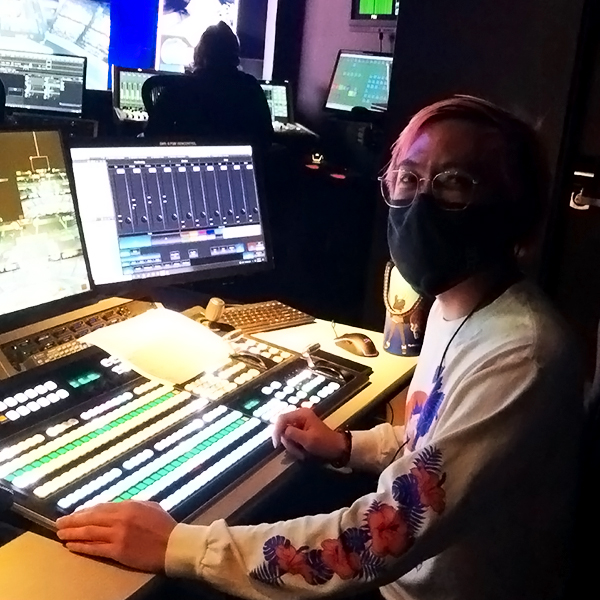 Phetsamone Maokhamphiou (Nit) got his first taste of live production in his middle and high school days doing shows for his local churches. Read Bio

Phetsamone Maokhamphiou (Nit) got his first taste of live production in his middle and high school days doing shows for his local churches.

In 2019 past experiences inspired Nit to pursue television production at the HyperX Esports Arena. He was a production assistant for events such as Blizzard’s World of Warcraft Classic release, the Big Buck Hunter Championship, and various other shows. He was also able to travel with the HyperX mobile gaming truck to shows in Las Vegas, New York, and California.

After a year with the arena, Nit was accepted onto the production team to begin his training in live and broadcast production. He has operated many stations and performed many roles ranging from playback operator, camera operator, technical director, to event producer and junior engineer.

Nit went on to work for Visual Artform as a stagehand and lighting/laser director for nightclubs on the Las Vegas strip including The Marquee, TAO, and LAVO Party Brunch.

Nit plans to refine his skills and knowledge at Broadcast Management Group. In his personal time he plays games, practices guitar, and attends punk rock shows. He is also an advocate for trans rights and Black Lives Matter.