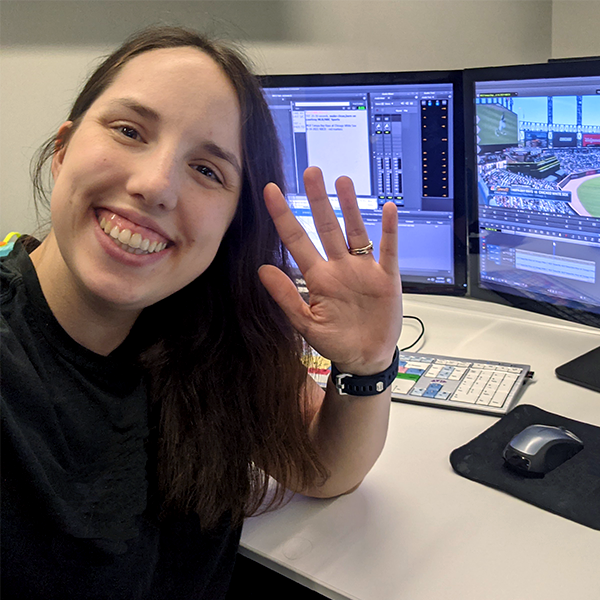 Meredith attended Columbia College in Chicago, where she received her Bachelor of Arts degree in television with a minor in sports management. Read Bio

Meredith attended Columbia College in Chicago, where she received her Bachelor of Arts degree in television with a minor in sports management.

After college, Meredith interned in the event production world for Competitor Group, Inc., organizing races across the country. She then moved on to WTTW Chicago where she worked on the TV show, “Check, Please!” She was instrumental in launching their digital web series, “Chat, Please”.

During the last decade, Meredith has worked on a variety of projects including non-profit work, captioning and transcription services, video directing, and event producing for a live sketch comedy show. This earned her a Crystal Pillar award from the Chicago Midwest Emmys.

Before moving to Broadcast Management Group, Meredith worked at 120 Sports/Stadium for 5 years where she edited highlights, montages, interviews, and other packages for live TV and social media. She’s excited to be working with so many of her former 120 Sports co-workers at BMG. Meredith is a video editor working on a wide variety of daily television shows produced by Broadcast Management Group.

In her free time Meredith enjoys baking, training for upcoming distance races, and going on coffee adventures with her husband. She is a proud mama to eight Koi fish.