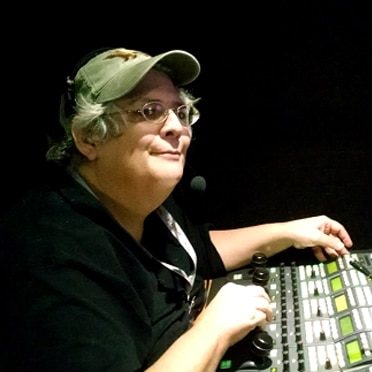 Megan Kirst is an accomplished engineer and one of the few female leaders in the broadcast engineering field. Read Bio

Megan Kirst is an accomplished engineer and one of the few female leaders in the broadcast engineering field.

Growing up Megan was always intrigued by electronics – which led to managing the audio-visual equipment at her high school. At 17 years old, she got her first internship, followed by full-time employment at KICU-TV in San Jose, California.

Megan started as a 16mm film editor, then gathered experience as a news photographer and production assistant. As a freelance photojournalist and engineering assistant, Megan began to work for KNTV and soon branched out to other San Francisco stations.

Throughout the years she spent working for Sony Electronics, Megan managed the equipment, installation and enormous wire-listing database for the Winter Olympics in Albertville, France. Megan’s duties at Sony encompassed system design and engineering and led to a position as Senior Project Manager and Engineer of broadcast facilities all over the country. Some of the systems she oversaw include MTV, QVC, CBS NEWS, FOX TV, and DirecTV.

Megan started her own integration company following her Sony tenure and brought her years of expertise to Varian Semiconductor. There she designed a remote video conferencing system that could be used in semiconductor clean rooms all over the world. The Remote Assist allowed engineers in Gloucester, Massachusetts to instantly troubleshoot problems with semiconductor manufacturing equipment without having to travel around the world to the customer’s facility. This remote video conferencing system was featured in Forbes magazine as an innovative way to support customers. Other projects for Global Video include San Francisco Community Television Center, Berkeley Community Television, Oracle, a 53-ft mobile exhibit trailer for the National Park Service, a 30-ft Production trailer for Atomic TV, Bally’s marquis sign in Las Vegas, video conference rooms at Lawrence Livermore National Laboratories.

In 2018 Megan managed the build-out and switchover to HD for ZIZ, the National Broadcasting Corporation of St. Kitts & Nevis as well as the complete design, construction and placement of an on-board video and radio system on the US Navy’s aircraft carrier, the John F. Kennedy.

Book Megan Kirst For Your Next Event