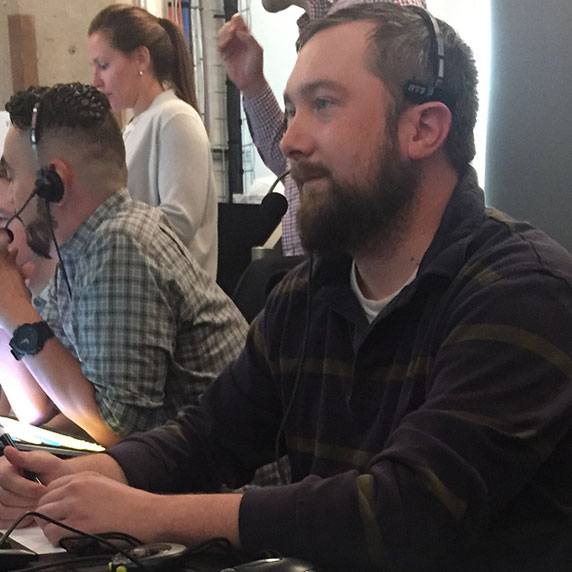 Matt Olsen has spent much of his career in sports broadcasting. Read Bio

Matt Olsen has spent much of his career in sports broadcasting.

He started in television as one of the first interns at Comcast SportsNet Chicago. He was there during the launch in October 2004 and after graduation from Loyola University he began working at CSN Chicago.

During his 8 years there, Matt wrote, edited, and produced live shows and special features. He covered the 2005 World Series Champion Chicago White Sox, as well as the 2009-10 and 2012-13 Stanley Cup Champion Chicago Blackhawks.

In late 2013, Matt left CSN Chicago to become part of the launch of 120 Sports, a first of its kind OTT digital network. It was there that he got the opportunity to produce fast-paced, 2-hour live sports broadcasts with timely updates, live look-ins, and breaking sports news.

During his time at 120 Sports, Matt was part of a constant evolution of both the company and the content. He created segments for shows as well as various social outlets. He became a senior producer at 120 Sports in 2016 and moved into more of a leadership role, overseeing staff and rundowns on a daily basis

Matt joined Broadcast Management Group in 2017. He has worked as an editor, associate producer, and line producer in sports television since 2005.