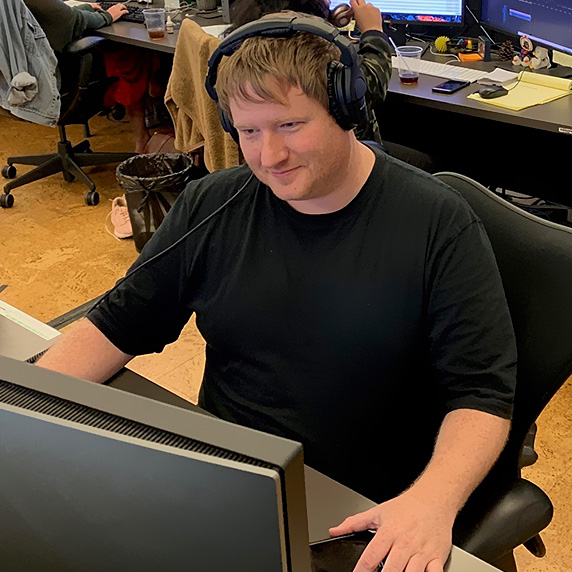 James "JT" Molloy's love for video started when he was 8 years old while he was making movies with his friends. Read Bio

James “JT” Molloy’s love for video started when he was 8 years old while he was making movies with his friends.

JT’s artistic journey is a blending of art illustration and video. The two feed into each other in his professional career as an editor/FX creator and in his pro-hobbyist side work as a comic book illustrator/writer. In both cases he tells stories through pictures, whether they are static or moving.

JT is a Chicago native and a graduate of Columbia College.  JT has enjoyed a fruitful video career in video editing (Premiere, AVID, Final Cut) in some of Chicago’s most prestigious production environments.  He has won several short film awards with a sketch comedy group Kick a Rock and has self-published his comic book, “The Sapphire Spectre”.

During his free time, JT is into video games and punk rock.