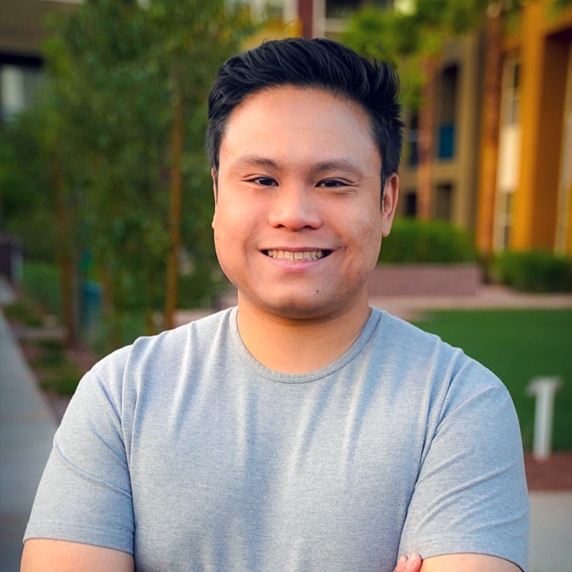 Gerard Cana loves to learn all about cameras, lights, and anything related to production technology. Read Bio

Gerard Cana loves to learn all about cameras, lights, and anything related to production technology.

He studied film at the University of Nevada where his technical talents prompted him to focus on cinematography.

He started his career in live production with the Hyper X Esports Arena, where he could combine his love for two of his interests, production and video games. He eventually worked his way up from Production Assistant to Broadcast Engineer to Technical Operations Manager. He worked on many projects at the arena including Riot Games All Stars, Capcom Pro Tour, Twitch Prime Crown Cup, Bandai Namco Dragon Ball Legends Showdown, NHL gaming World Championship, NBA 2K League’s The Turn, World Poker Tour, and Big Buck World Championship.

When COVID forced the Esports facility to be shuttered, Gerard and four of his colleagues took on the daunting task of moving the entire production workflow into a three-bedroom house.  For more than ten weeks, the team managed to create and uphold a remote workflow to support 50+ broadcasts.

Outside of work, Gerard is a self-proclaimed nerd and loves movies, TV, anime, video games, photography, and traveling. He is also an avid foodie and loves to cook and eat out with friends. He also loves to make travel videos. In 2018, he reached the top 50 of 6,000 contestants in a video contest to win an all-expense paid trip to live in Cancun for a year. He’s working to combine all his experience to create a Twitch channel that features both video games and cooking.