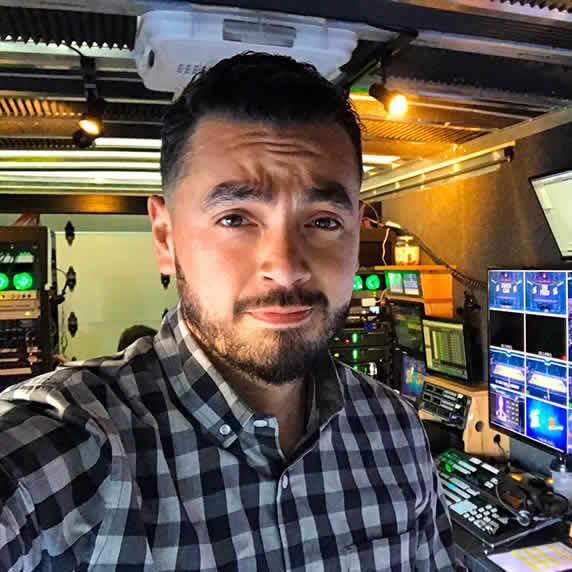 David Roman has a passion for live production. Read Bio

David Roman has a passion for live production.

From live concerts to stand-up comedy to news shows to town halls to major sporting events, David has a wealth of directing experience that he brings to Broadcast Management Group.

David has traveled the country directing live events in all types of venues, including TED Talks and Chicago Cubs, Bulls and Blackhawks games. After graduating from Columbia College with a bachelor’s degree in broadcast television, David worked at Univision on nightly news shows.

Some of the shows he has directed include Chicago Wolves in arena show, Chicago Sky as well as multiple concerts and standup comedy shows at the Chicago Theater.

Some of the shows on which he was a technical director include Chicago Cubs (CSN/WGN),  Chicago Blackhawks (CSN), Chicago Bulls (CSN/WGN), Boston Celtics as well as for broadcasts of WNBA teams Chicago Sky and LA Sparks games.

Although he loves working in television, he loves watching his 10-year-old son, Noah, play sports even more so. As a kid, David wished he got paid to watch TV, be careful what you wish for.

Book David Roman For Your Next Event