This is it. Our final Comic-Con live production look-back installment. It’s been great to re-live the action from 2016, but we’re ready for what’s in store this year. In the meantime, here’s a re-cap of our work with Defy Media for their Comic-Con remote production, Screen Junkies Live at SDCC.

Broadcast Management was contracted by Defy Media to help produce 3-days of live programming during San Diego Comic-Con in 2016. Defy’s program, Screen Junkies Live at SDCC, was a series of panel discussions and Q&A sessions at Moonshine Flats in downtown San Diego and wanted each program to be streamed live to 3 platforms simultaneously – YouTube, Facebook and Defy’s website. We built out a small control room on-site to accommodate the project and handled all technical aspects of the production, including on-site encoding and FOH integration for the live studio audience. With the Defy team, we ended up producing 12 live shows over 3 days. 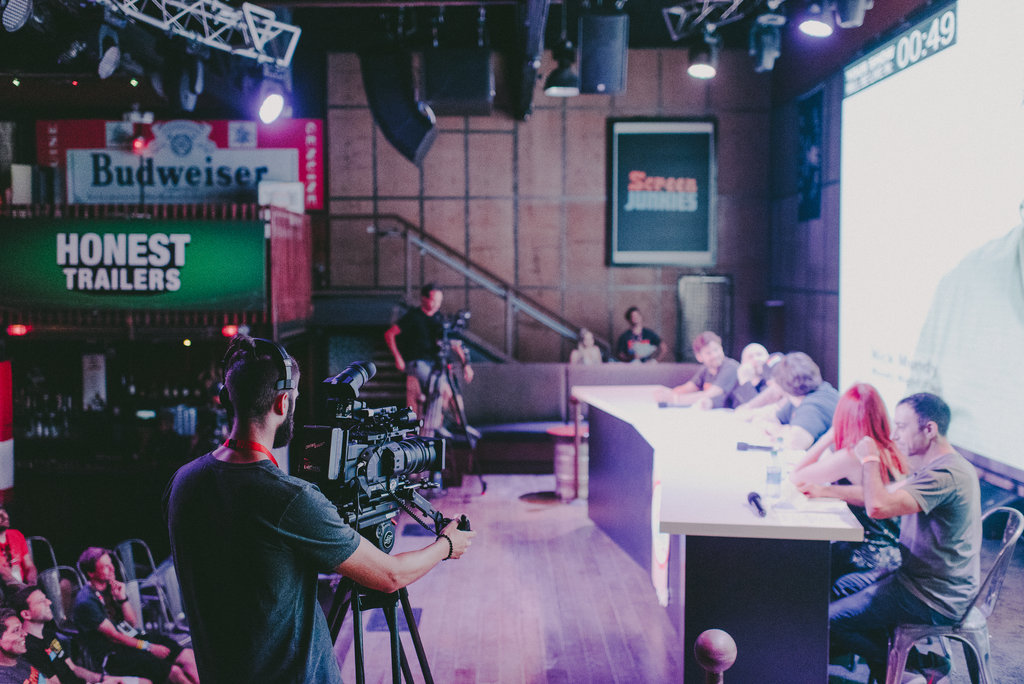 Most venues at Comic-Con are only available to outside renters for set periods of time, as is the case with most major events. This meant we had to work around multiple parties loading in at the same time and compete for storage space. In order to maximize their investment, Defy typically planned to have parties at the venue each night, which meant most of our camera equipment had to be struck at the end of each day. This wasn’t an issue, but meant that we needed to carve out additional time each morning to re-run cables and test cameras before jumping into the first show. Additionally, the Screen Junkies Live at SDCC program consisted multiple shows each day – many of which would shift or change based on talent availability. We’re 100% used to last minute changes (that’s par for the course with live production), but we were trying to strictly adhere to 10-hour days to minimize OT, so delays were a challenge to work around. 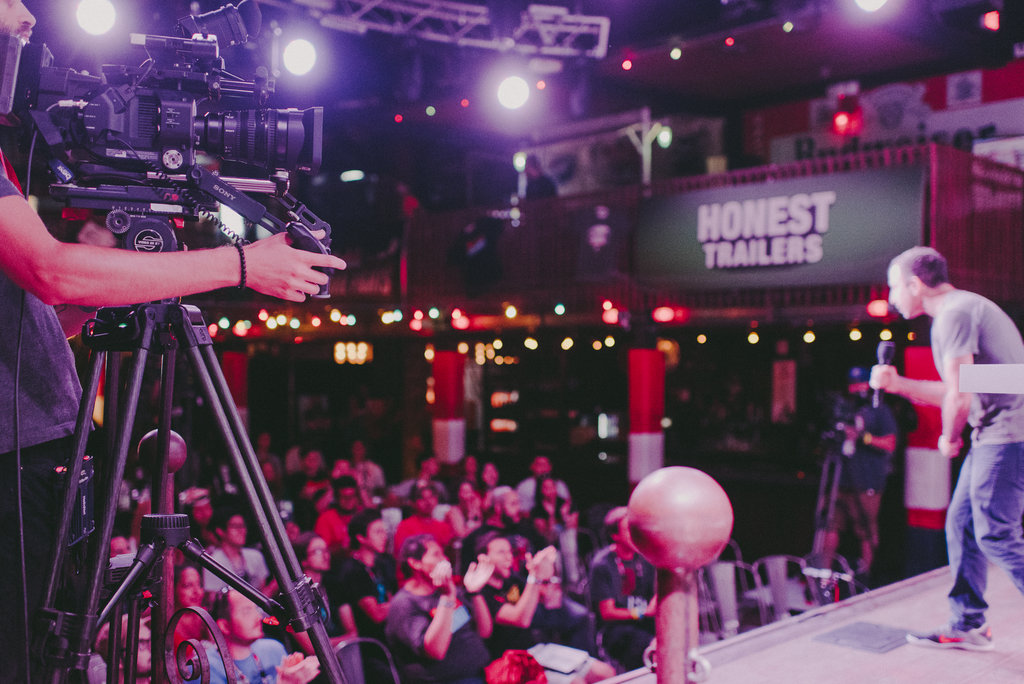 The Defy team was truly a pleasure to work with. They were not shy about trying to produce a great deal of content over a short period of time, and we love clients who try to push the limit.

Check out some of our other Live Production Look-Back installments, including our live Q&A with truTV and the Impractical Jokers and our re-cap of the 2014 CBGB Music Festival.