Virtual Reality: A Movement, Not A Fad 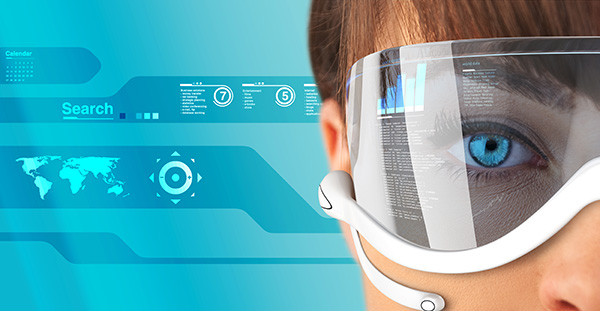 Up until last year, “virtual reality” was something that seemingly existed only in science fiction. Many ambitious companies and startups had attempted to bring virtual reality to consumers with fruitless results. Today, it’s hard to believe that there are a plethora of virtual reality headsets that will soon be available to the public.

Oculus Rift is the one of the companies that jump-started the virtual reality movement. Oculus Rift began with a Kickstarter campaign in 2012, securing its intended start-up amount of $250,000 in a mere 4 hours. Within 36 hours, the campaign had over $1 million in funding and eventually ended with a total of just over $2 million. Since then, it has become a sensation in just about every market imaginable. “Any industry you can possibly think of, they’re using the [Oculus] Rift. Automotive, medical, simulation and training, architecture, film—every industry,” Nate Mitchell, VP of sales at Oculus Rift, said.

One of the first applications to use Oculus Rift was a documentary called Zero Point. It offers a fully 3D, 360-degree interactive experience that allows users to fully immerse themselves into the frame. “I want to bring people into the story and let them be there, to witness things firsthand. Instead of just shooting a frame and presenting it, I want to put people inside of that frame, completely,” said Danfung Dennis, the director of Zero Point. This documentary shows just how much potential there is for implementing virtual reality into the film/television industry. (You can watch the interactive trailer for Zero Point here. It works with a mouse too!)

If virtual reality were to be fully applied to television and film, it’ll change the completely change the medium forever. Imagine this: after a long day of work, you plop onto your couch. You put on your virtual reality headset, plug in your headphones, and turn the device on. You are suddenly at your favorite music artist’s concert, fully immersed and convinced that you are there. You can also experience the feeling of being at your favorite sports team’s arena without actually being there. Or, for those who hate going to the doctor’s office, you can consult with your doctor face-to-face in his office without actually being there physically. See the potential?

The recent buzz surrounding the future of virtual reality has only been amplified by Facebook’s recent acquisition of Oculus Rift. Following the official news, Mark Zuckerberg, the founder and CEO of Facebook, shared his vision and excitement on his personal Facebook page.  “Imagine enjoying a court side seat at a game, studying in a classroom of students and teachers all over the world or consulting with a doctor face-to-face — just by putting on goggles in your home….this is really a new communication platform,” said Zuckerberg. Although there are many skeptics and haters of Oculus Rift following the acquisition, it is no doubt that Facebook will expedite Oculus Rift’s goal of bringing virtual reality to billions of people.  “Facebook’s acquisition validates the vision that we are on the verge of the next major platform shift in computing. It’s clear that it’s no longer a question of if virtual reality will happen, it’s just a matter of when. And when it does emerge, it will fundamentally transform entertainment and communication,” said Dennis. Are you ready to join the movement?

Entertainment Gaming Sports
You May Also Like
Start Discussion