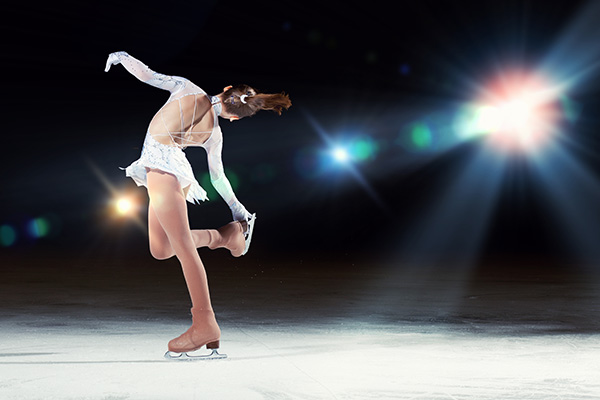 Though the idea is a long way from reality, we are already so excited about the prospect of a year-round Olympic TV channel. Olympic leaders and supporters recently gathered in Switzerland to discuss ‘Olympic Agenda 2020,’ International Olympic Committee president Thomas Bach’s plan for Olympic reform.Olympic Agenda 2020 has three main themes: credibility, sustainability, and youth. The proposed year-round Olympic television channel focuses mainly on the last one: youth. The IOC believes the channel has “the potential to greatly increase the presence of sports and the promotion of the Olympic values year-round and worldwide,” especially among younger demographics.

This project is still in the very early stages of planning, but we can’t help but imagine what could be in store. Here’s what we’re hoping for:

Making it to the Olympic trials is a huge accomplishment, and we’d love to see the athletes who don’t quite make the team. The trials could be as exciting as the games themselves. Plus, it could be a great way to get to know up-and-coming athletes from year to year. This would give an Olympic TV channel plenty of content to pull from year-round.

Sneak peaks inside the Olympic Villages, stadium construction drama, and more! It’s a huge undertaking for a country to host the Olympics so it would definitely be interesting to see how the different cities handle the development and construction. Wouldn’t you have loved to see Sochi’s journey? Maybe it would help keep countries on track and make for a few less…surprises…

Recently, many countries have been reluctant to host the Olympics. There were even concerns that nobody would volunteer to host the 2022 Winter Olympics after several cities withdrew their bids. The bidding process would certainly make for interesting Olympics news.

The channel would be a curated selection of digital content, moderated by the International Olympic Committee. The IOC would create original content, but also ask for contributions from National Olympic committees, broadcasters and sponsors as well. What would you most like to see on this new channel?

Entertainment Video Production
You May Also Like
Start Discussion