The Business of Going Viral 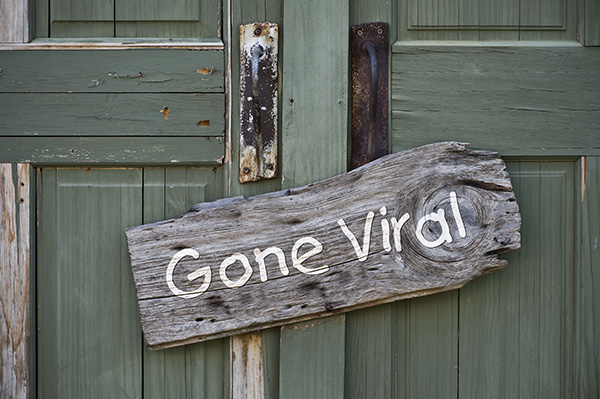 Social video platform, Vine, has emerged as a unique way for users to showcase their creativity and humor. The ease with which these videos can be shared, “re-vined”, and tweeted has caused thousands of Vines to go viral, with many getting over 100,000 likes and shares. These viral videos contain much of the same content as YouTube videos: hilarious animals, pranks, kids singing. The main difference, though, is that Vine gets straight to the point. Each video is only 6-1/2 seconds long. These short videos are incredibly varied and versatile, which is why brands and talent companies have begun to capitalize on their popularity.

Some Vine users have millions of followers on the social media site and an extremely loyal fan base. Though their fan base may be smaller than those of your typical movie or music star, they have the kind of fans that would stand in line for hours (and pay upwards of $200) to take a pictures with them. And now fans do. Social media tours and conventions have been popping up all over the country. Magcon Tour, for example, is a group of eleven Justin Bieber look-alike Vine stars brought together by manager Bart Bordelon. These boys travel around the country, creating Vines, meeting thousands of fans—and making serious money. Prices for the Meet-and-Greet tour range from $50 to $150 per ticket.

Ellen DeGeneres quickly tapped one of the earliest Vine stars, Jerome Jarre, to do special segments for her talk show. He also acts as one of her red carpet correspondents during special events. His naturally-funny Vines have a lot of appeal for her human interest segments.

Vine is the perfect medium to reach the every day young person, which makes the short videos incredibly useful in advertising. Jerome Jarre is represented by GrapeStory, a new management company that represents the most popular Viners. GrapeStory has stated that Vine stars like Jarre can make up to $10,000 dollars just for a 6-second product plug.

While Vine ads certainly don’t reach as many people as TV or YouTube ads, they still do something special. They get people to actually pay attention. Vine ads are creative and fun, mainly because Vine stars only have 6-1/2 seconds to capture your attention. There is a lot of motivation for successful Viners to keep the ads fresh and worth watching. This has given advertising an interesting platform to work with.

Check out some of my favorite Vine ads:

Entertainment Video Production
You May Also Like
Start Discussion